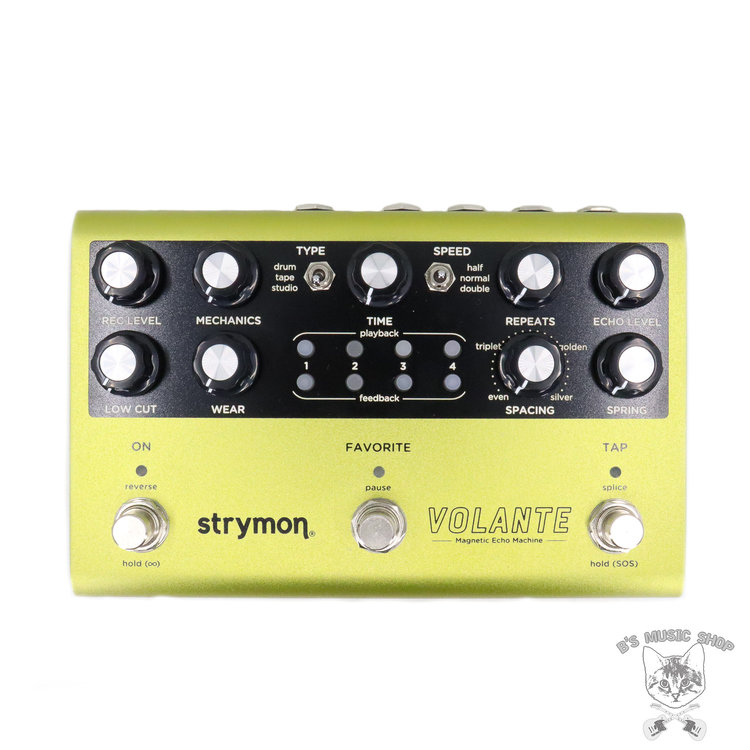 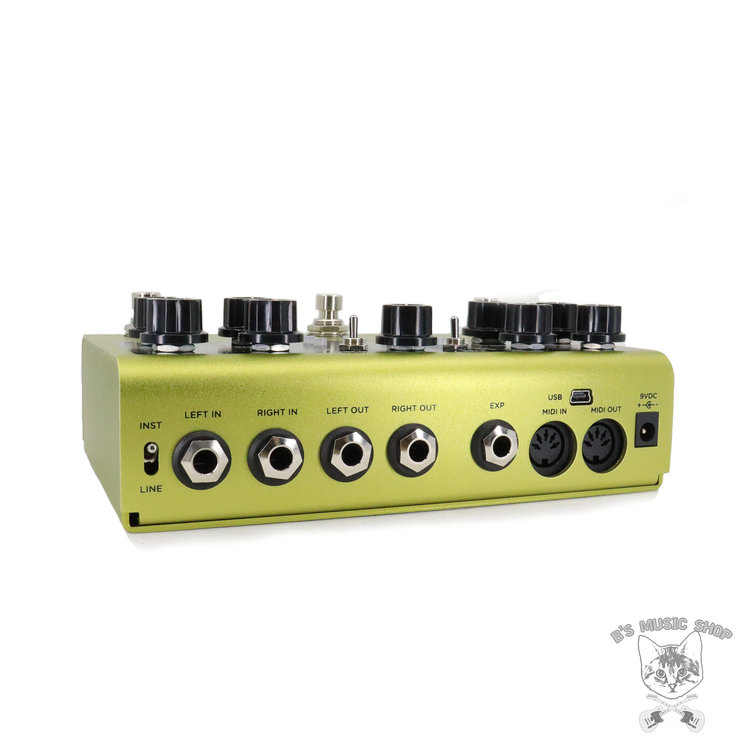 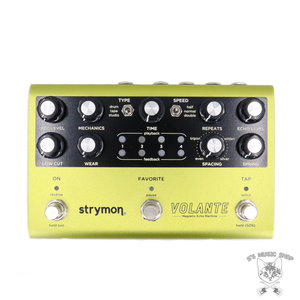 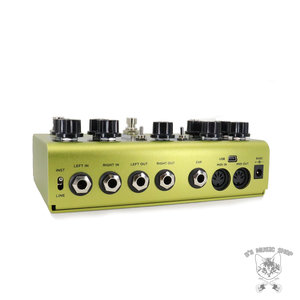 The Volante has three different magnetic delay types - drum echo, tape echo, and reel-to-reel studio echo. Each mode can be tailored to get absolutely top-notch, studio-quality sounds. Four delay playback heads have their own feedback panning and level controls. You can increase saturation with the Record Level knob or add spring reverb with its own dedicated control. The Volante gives you instant access to 8 presets, but add MIDI and you can access 300 presets. A three way toggle controls half-speed, normal-speed, or double speed which changes between higher fidelity or a warmer sound. Volante also has looping ability, which can be controlled via the three footswitches. Plenty of inputs and outputs, including MIDI in and out and a USB connection. This is the do-all delay pedal!