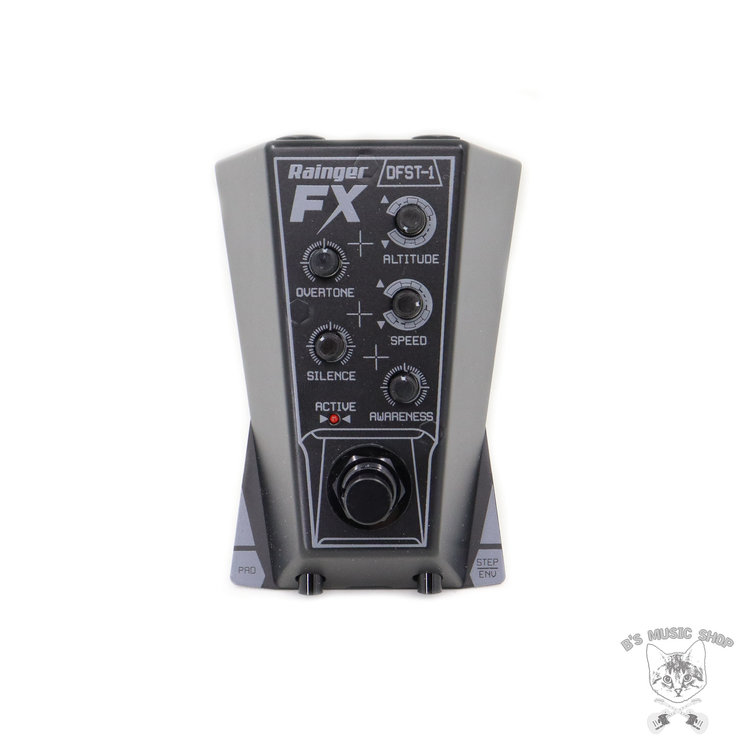 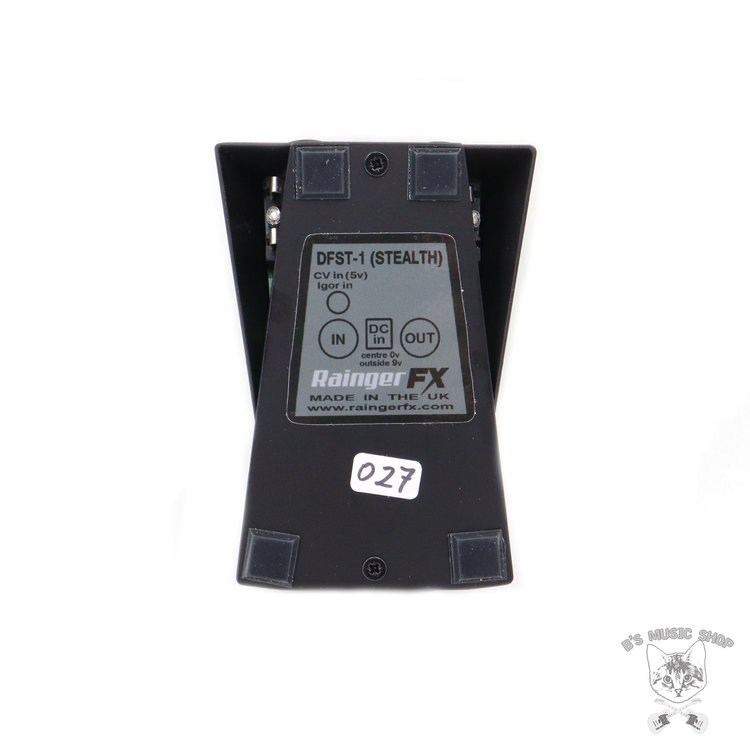 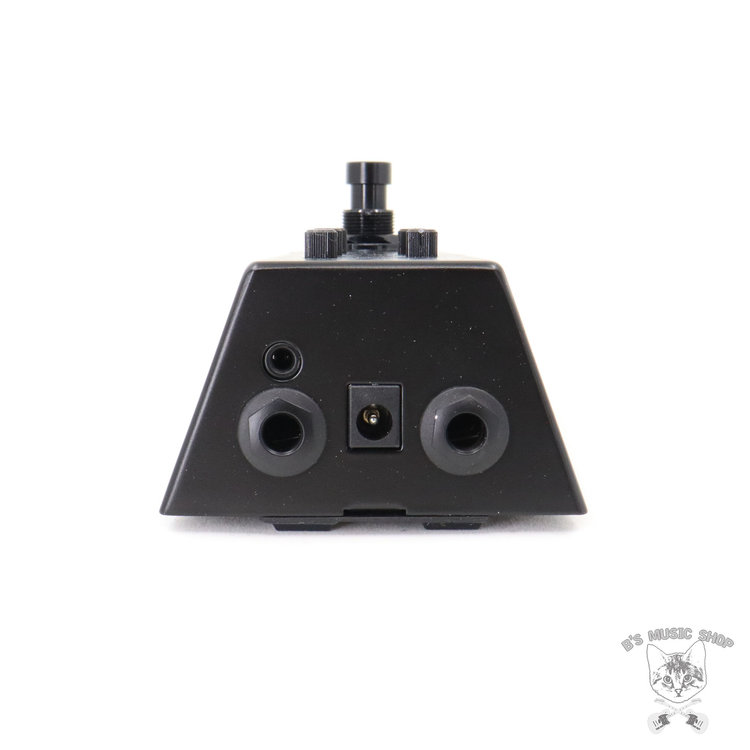 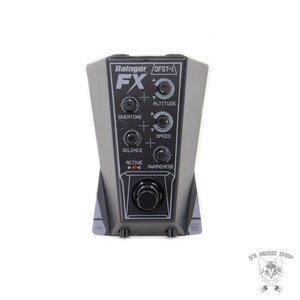 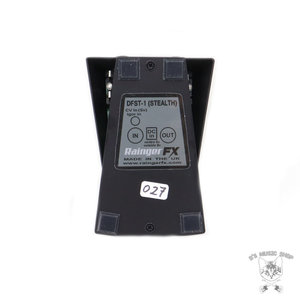 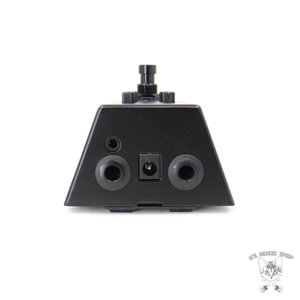 Rainger FX have solved the problem of detection by enemy radar, with the launch of the DFST-1 (Stealth) distortion pedal. Based on their Dr Freakenstein full-on distortion circuit, it’s an extreme fuzz pedal with two main modes of working; either with an envelope-shaped overtone, or a variable speed overtone modulation – but in a step cycling configuration.
The envelope mode reacts to the incoming signal envelope, and gives extremely vocal tone stings that dive down to a Geiger Counter crackle, or sustain in a resonant howl – all with ultra quietness in between from the built-in Freakenstein noise gate.
The step modulation meanwhile takes it into a more techno realm, and - with the cycle re-starting from the beginning of a step with each new phrase that’s played - it’s possible to have the steps in time with the track you’re playing to (once the modulation speed is in the right ballpark). Housed in another Rainger FX custom enclosure design, based on their minipedal - but this time aerodynamically flared out, and with wings - the DFST-1 (Stealth) has two blue ‘signal present’ LEDs discretely hidden underneath the pedal, shining out under the sides like a pimped-out street racer.
This unique pedal includes...