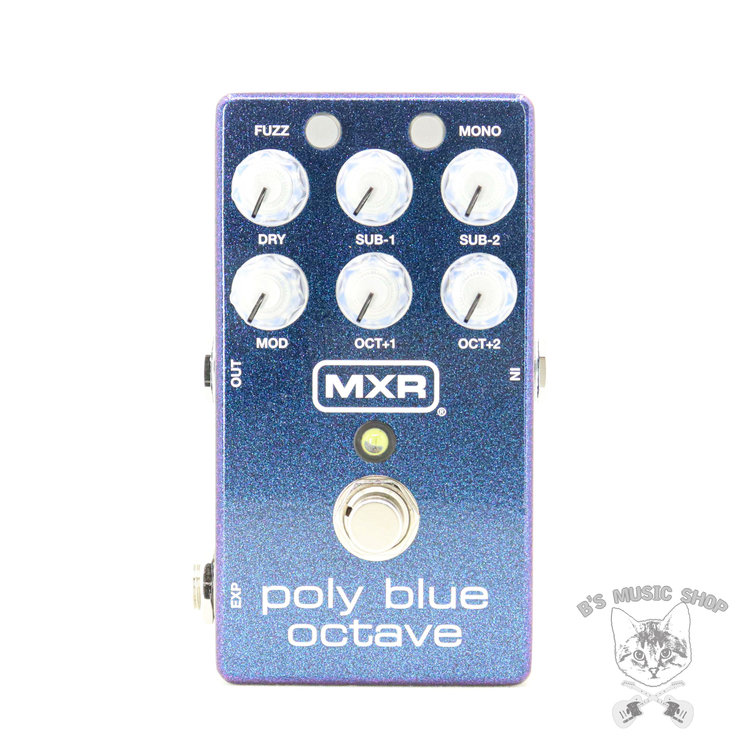 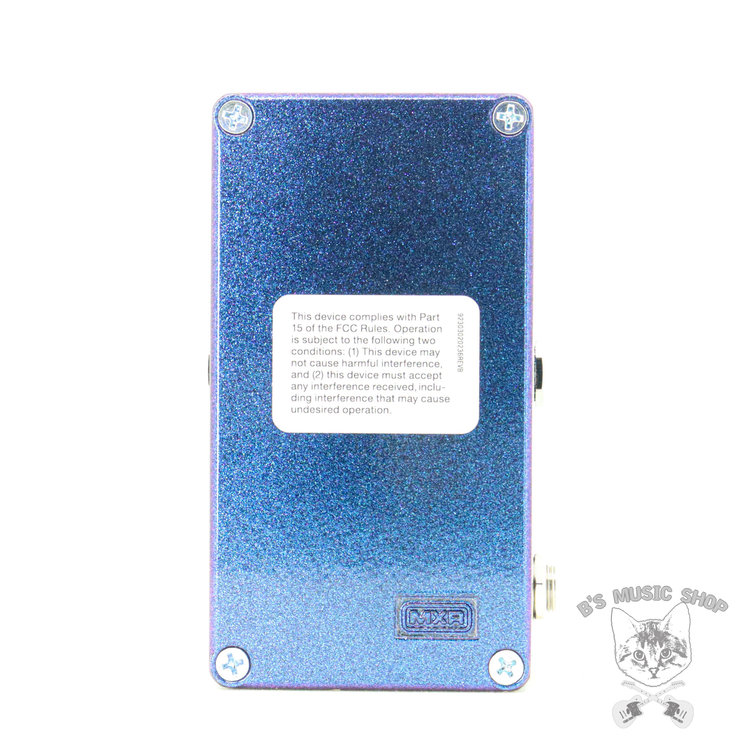 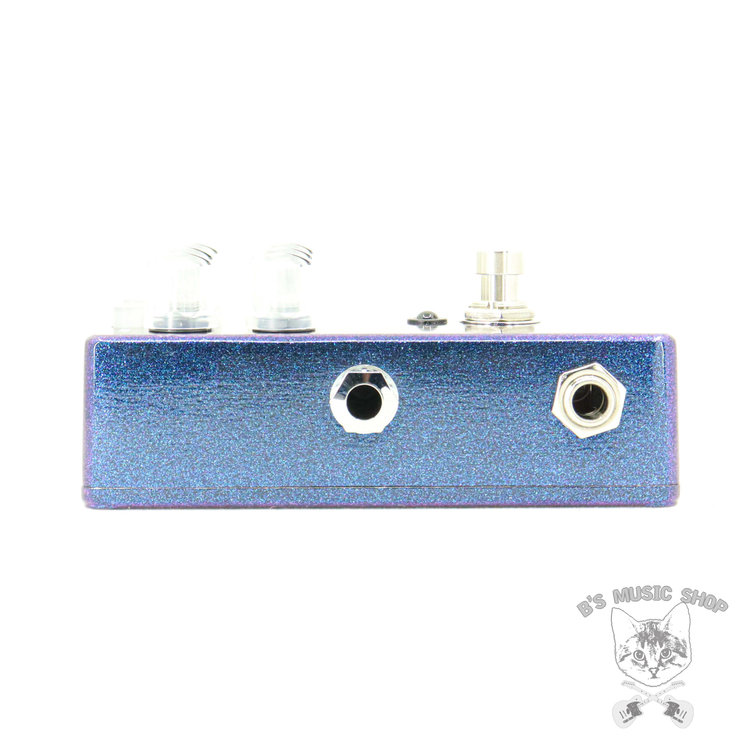 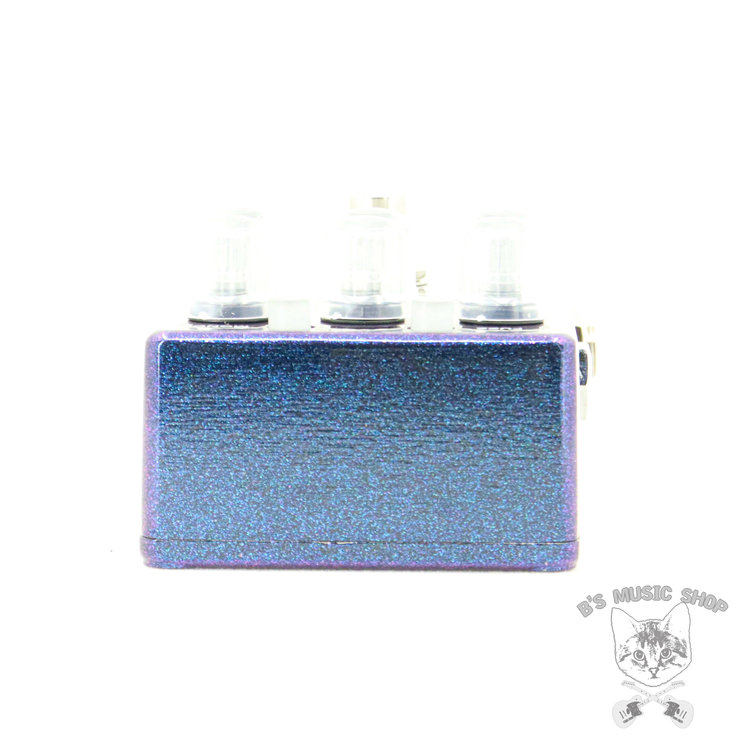 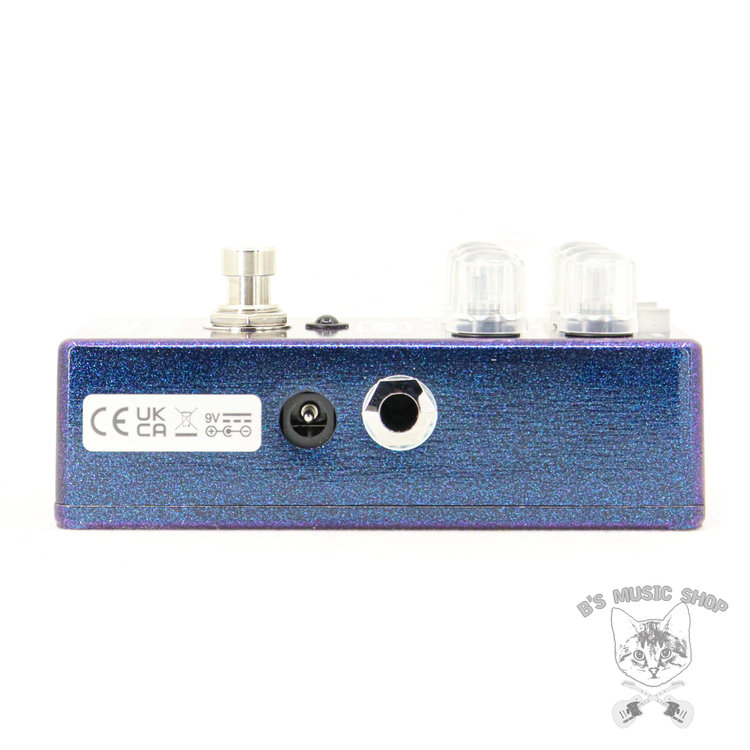 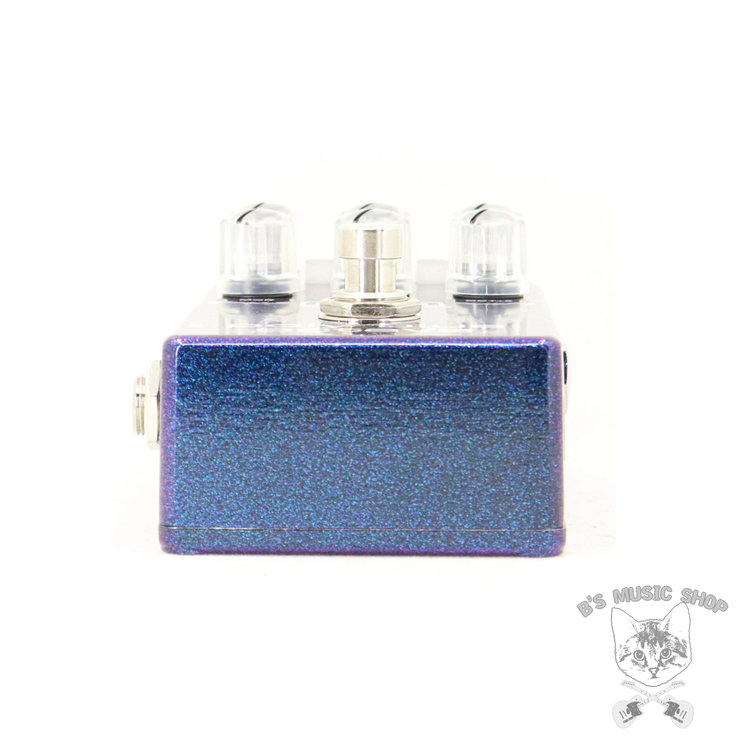 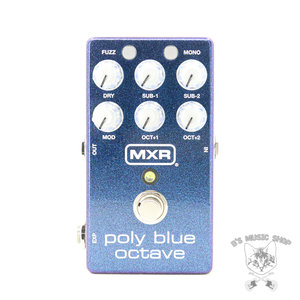 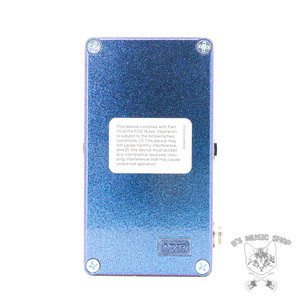 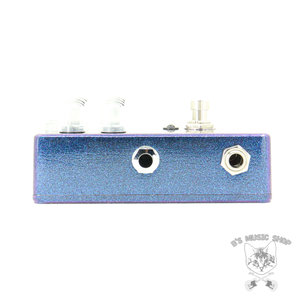 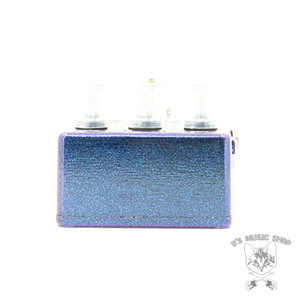 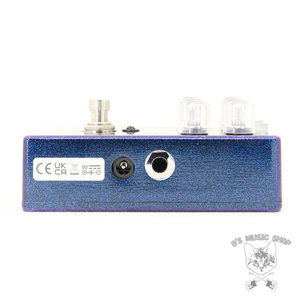 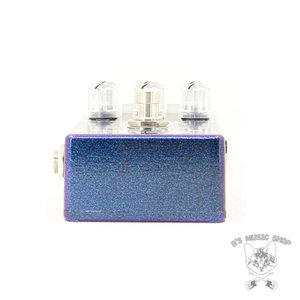 Leveled up.
The Poly Blue Octave features four separate octave divisions—one octave down, two octaves down, one octave up, and two octaves up—and you get to control the level of each in the mix. Each is polyphonic by default, which means they sound just as amazing with chords as they do with single note passages. Your dry signal gets its own level control, as well, so you can dial in the perfect blend of pitch-shifted tones.

From contemporary clarity to raw vintage grit.
The Mono switch takes you back to the gritty, monophonic tones of analog style pitch shifters. In this mode, the sub-octave signals have the warm vibes and raw personality of a pedal such as the MXR Vintage Bass Octave, while the higher octave signals resemble the Octavio Fuzz with its fuzz intensity dialed all the way back.

Phase yourself.
For infusing your octave tones with an alluring sense of motion, from thick and syrupy to frenzied and frantic, the Poly Blue Octave features a dual-mode modulation circuit. In polyphonic mode, the circuit provides an uncanny simulation of the famous Leslie effect, and while in monophonic mode, it provides classic swirls and swooshes inspired by the Phase 90. Like the fuzz effect, the modulation applies to all five signals when engaged. The Mod knob adjusts the rate of the effect—when you want it off, just roll the Mod knob back fully counterclockwise.

Step up and take control.
Through the EXP jack, the Poly Blue Octave allows you to control various settings with an expression pedal such as the Volume (X)™8 Pedal or an off-board switch such as the MXR Tap Tempo Switch to sweep between two different knob and switch configurations or toggle the fuzz and mono modes on and off.

A full palette of tones and textures in a single pedal.
The MXR Poly Blue Octave delivers high-performance pitch shifting, fuzz, and modulation in a ruggedly reliable housing with true bypass switching. Put this into your signal chain, and open up new sonic frontiers.