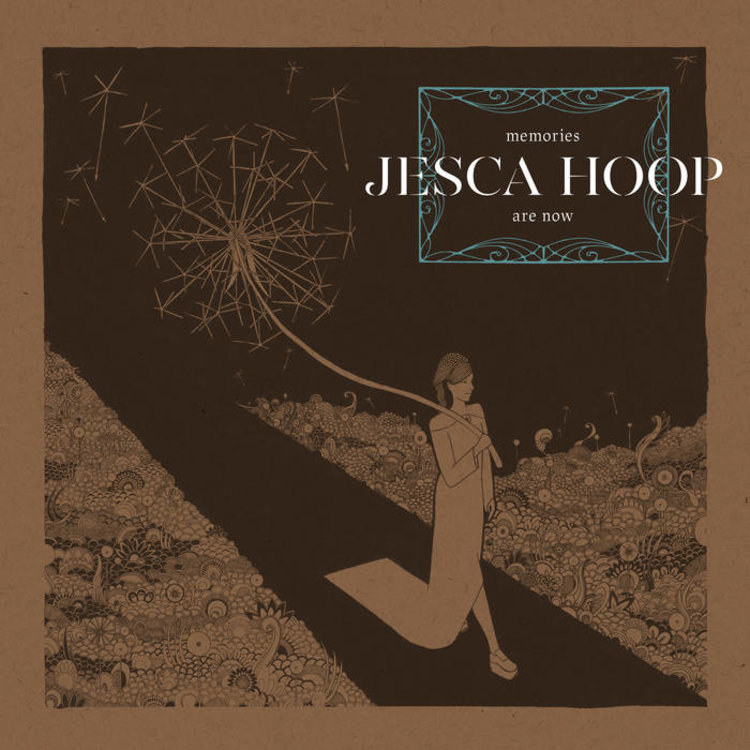 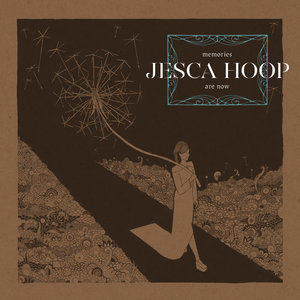 Memories Are Now is the fourth solo studio album by American singer-songwriter Jesca Hoop. The album was released on February 10, 2017 through Sub Pop. It was produced by Blake Mills and features Fiona Apple on harmonica.

Clear the way, I'm coming through, no matter what you say. I've got work to be doing, if you're not here to help, go find some other life to ruin.

Jesca Hoop’s new album Memories Are Now, out February 10 on Sub Pop Records, wastes no time in making clear its confidence, confrontation, and craftsmanship. The stark and reverberant title track opens the set with “a fighting spirit,” says Hoop, serving as an anthem to push through any obstacle and put forth your very best work. And she has unequivocally done that here, with an album of stunningly original songs--minimalist yet brimming with energy, emerging from a wealth of life experience, great emotional depth, and years of honing the craft of singing.

As riveting as it is reflective, the album, produced by Blake Mills (Fiona Apple, Alabama Shakes,John Legend, Laura Marling), is a fresh debut of sorts for Hoop, as the first of her solo records made outside of Tony Berg’s Zeitgeist Studios where she and Mills both cut their teeth in the art of record making under the guidance and support of Tony Berg. Says Hoop, “Blake is so utterly musical and emotionally intelligent in his expression. His guitar voice is a large part of what creates the sound of my first three records. This time I wanted to see what we could do, just he and I out from under Tony’s wing and in a totally different setting.” Mills pushed her to strip away layers, keeping it as close to the live experience as possible, using whole live takes and working very quickly. “It's still covered in embryonic fluid, for lack of a better way to put it,” says Hoop.

However fast the work, Memories Are Now covers a great deal of ground, showcasing every edge and curve of Hoop’s captivating voice, with sounds and themes ranging from the mythic to the deeply intimate.

“Songs of Old” and “The Coming,” songs she sees as “twins” on the album, confront the religion that weighs heavily on her past and the world.

“'Songs of Old' imagines a girl who learns that the ornate, majestic splendor of her temple came at the cost of beautiful and scared cultures from across the sea, the demolishing of their gods, rituals and myths, and the total oppression of those people,” says Hoop. “Religion is one of those things that wells up, and takes over, and shows itself in dangerous ways when it's out of balance. Show me a time when it wasn’t out of balance.”

Moving from the dark side of religion to the imagination of myth, “Pegasi” explores “the idea of carrying something to the point of breaking,” says Hoop, drawing on the story of Pegasus and its accomplished rider who takes it for granted. “I fear you'll see the day that I've endured all I can take,” she sings to a gliding, wistful melody. “I won't bend, but I will break under the weight.”

And from relatable allegory to intensely personal meditation, “The Lost Sky” is a dynamic, anxious song that “gives you a voice when you don’t have a say,” says Hoop. “I have a dear friend who was in a horrific accident that left him in a coma for two weeks. We thought we had lost him. He woke up to find himself silently divorced. This was a heartbreak for all related, and I wrote this while we were waiting for him to wake up. His experience drove me to explore my own relationship with abandonment. I think the cruel nature of life and love is something we all can relate to one way or the next. When you don't have any say in how a relationship plays out, when you're cut off, there's a relentless loop that plays again and again in your own mind of those words that you would say... if love was fair enough to let you speak it. This song gives you that chance.”

The defiance that permeates Memories Are Now is both a product and necessity of a career that has been independently driven and self-funded from the beginning. “All of my successes have been won by the bootstraps, on the grassroots level, with handshakes and hugs from great people who believe in me,” says Hoop, more than a decade into her career and with new paths to forge. As she sings in the title track, “I've lived enough life, I've earned my stripes. That’s my knife in the ground, this is mine.”