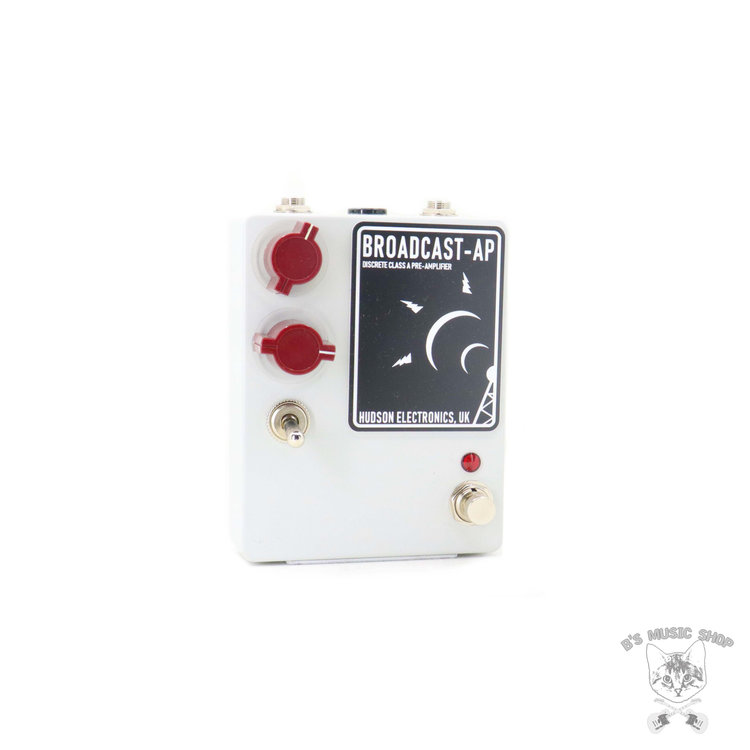 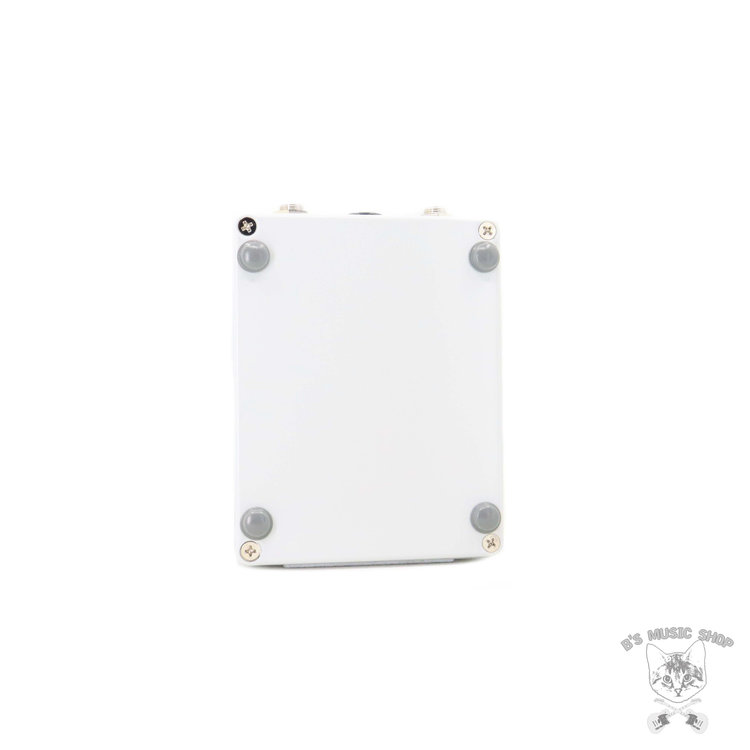 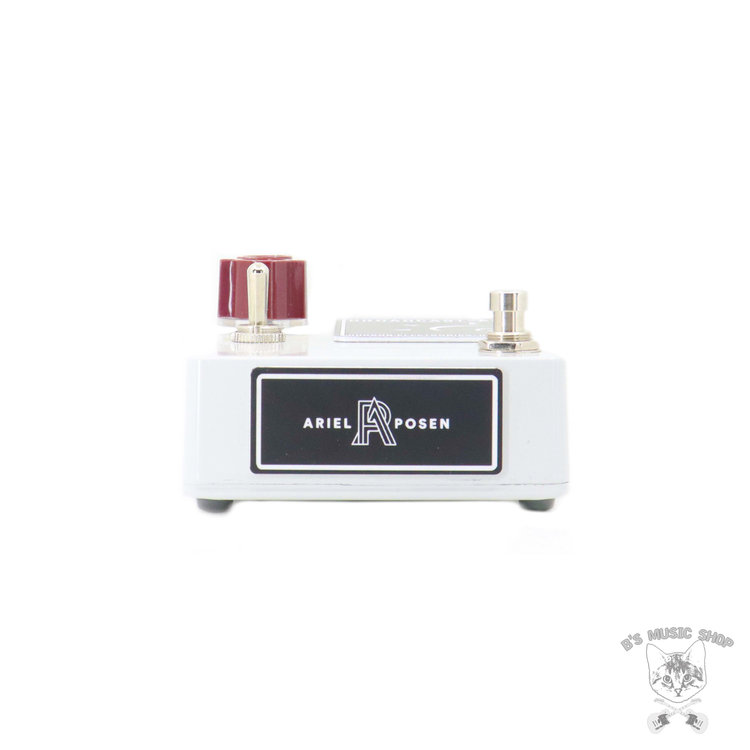 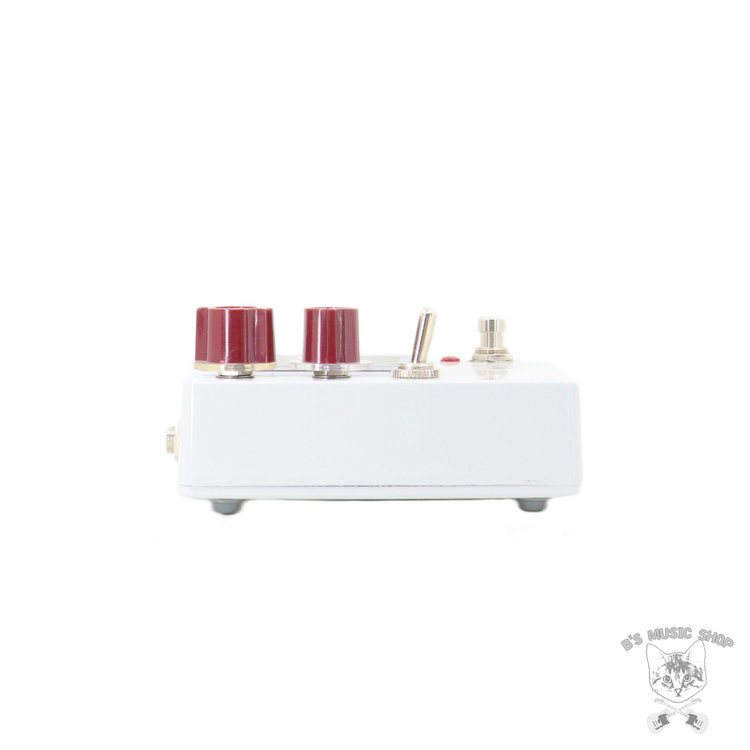 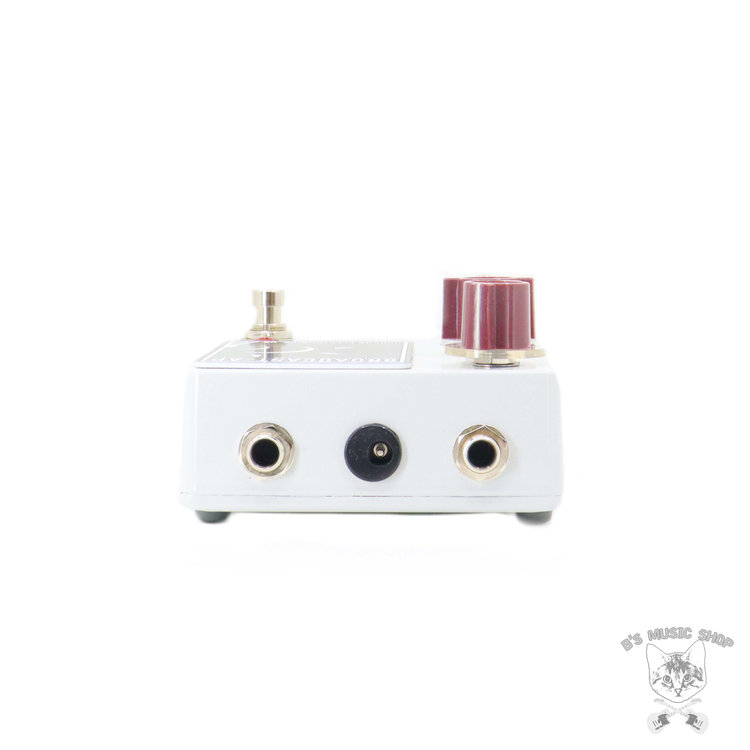 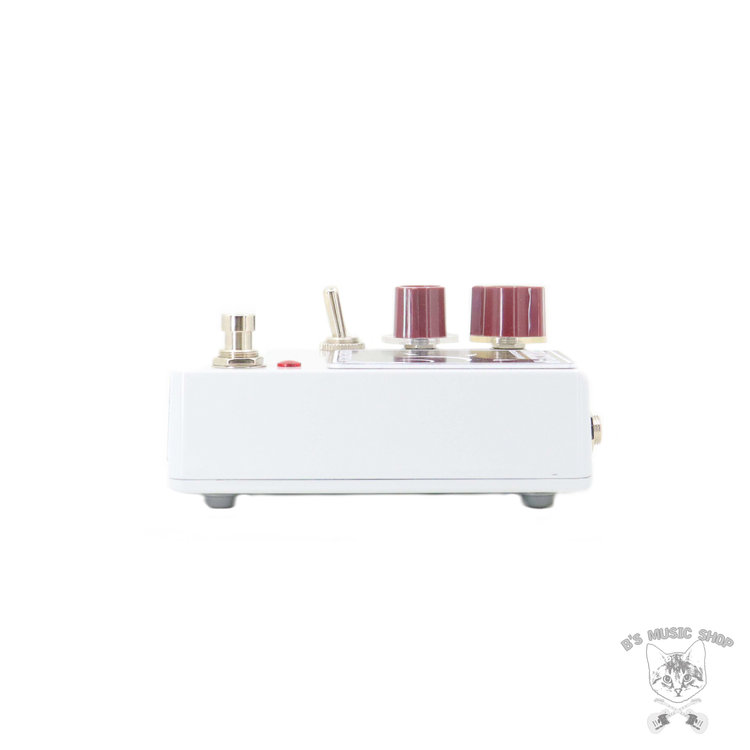 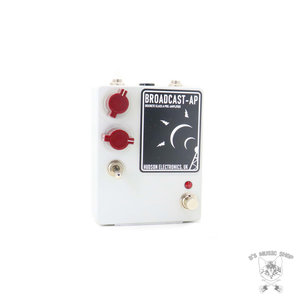 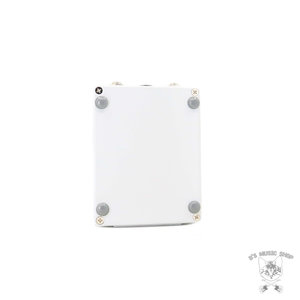 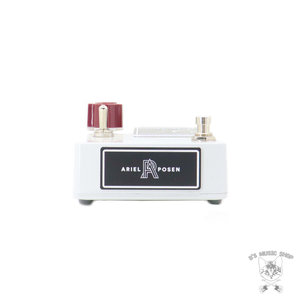 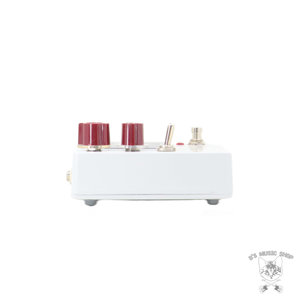 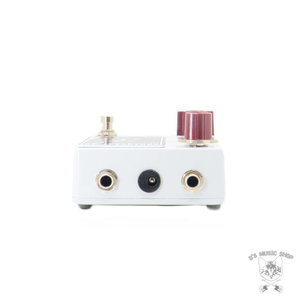 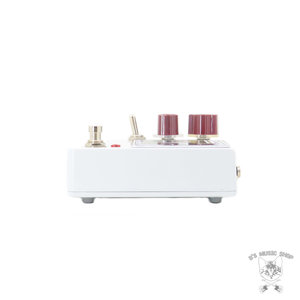 At the heart of the Broadcast AP – as the name may suggest – is the same circuitry as the Broadcast. A class-A discrete, transformer-coupled circuit, designed to saturate in a unique way reminiscent of certain recording and broadcast consoles.

The control layout features both LEVEL and GAIN TRIM potentiometers and a switchable high-pass / low-cut filter – 100Hz @ 6dB/oct. The GAIN TRIM control has 12dB more gain than the low-gain side of standard Broadcast, allowing the Broadcast AP to cover ground from clean boost through to medium gain overdrive tones. In addition, the gain of the pedal can be increased via an internal trimmer and – when pushed to the max – the sound becomes overloaded, broken and fuzzy. The high-pass / low-cut filter can help keep the low end together, especially when driving amps at higher gain and volume levels.

LEVEL - Controls the overall volume of the pedal

GAIN TRIM - Controls the gain level of the Broadcast AP

INTERNAL TRIMMERS - The Broadcast AP features three internal trimmers. One to to increase the overall gain of the pedal and two to fine tune each of the positions of the LOW CUT switch.

Please ensure your PSU can supply between 9VDC and 24VDC, a minimum current of 20mA and has a 2.1mm negative centre barrel plug. Any other type may damage your pedal. If you plan on sharing the same PSU with other pedals, we recommend using a PSU with isolated outputs, such as the Voodoo Labs PP2.