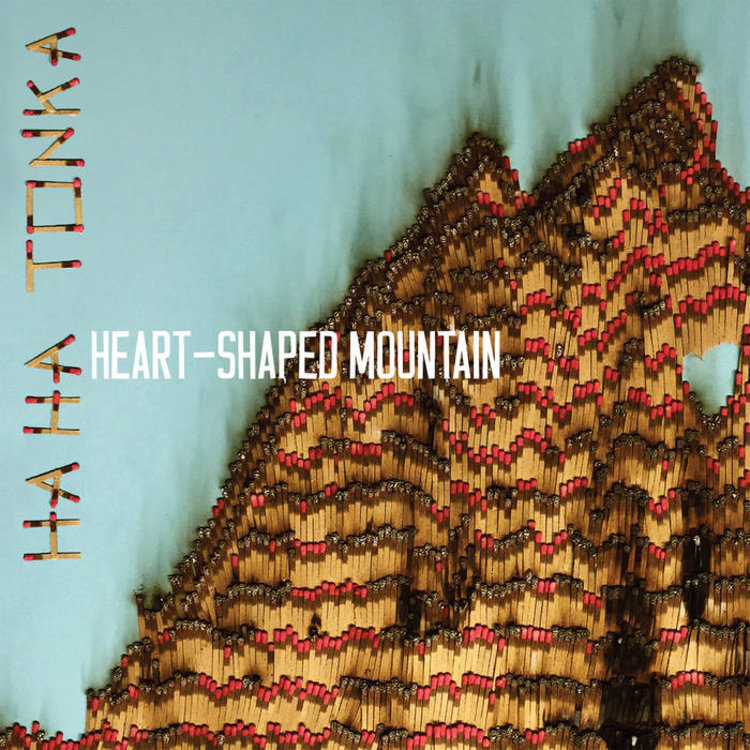 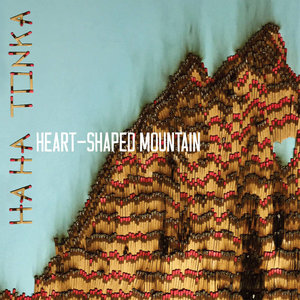 A week into recording their fifth album Heart-Shaped Mountain, Ha Ha Tonka was forced to start over. A massive hardware crash at the studio deleted everything. Following a wave of shock, the band regrouped and refocused, trying different approaches to song structures that they otherwise wouldn’t have, and made a resilient album of positivity and triumphant effervescence. After all, music has the power to overcome.

At its core, Heart-Shaped Mountain is an album about love and growth. At a time when divisiveness fills the headlines, Ha Ha Tonka is fighting the good fight and building narrative tributes to friends and loved ones, memories past, and prospects of the future. They five-part harmonize on intimate familiarities – the nascent stages of relationships, deep and lasting bonds, maturation, fear and loss. This is a call to pause and glance back, inhale inspiration, and forge ahead with renewed purpose.

On Heart-Shaped Mountain the quintet expands their creative palette. Once aptly summed as “indie-Americana, where Alabama meets Arcade Fire,” Ha Ha Tonka unveils balanced, sublime, pop radio-accessible heights and an emotionally broader, post-punk songwriting range, a la early Delta Spirit or a less enigmatic Jónsi. This isn’t a betrayal of their discography, though. Rather, Ha Ha Tonka treks to new vistas, crosses uncharted ridges, and unfurls their flag with the confidence and excitement that comes from exploration.

Few craft ear-worming melodies like singer/guitarist Brian Roberts and guitarist/singer Brett Anderson. “The Party” is anchored with a bright, whistled hook and a lingering sequence of notes, reflecting the song’s lament (“Why do we always seem to be the last ones here at the party”). The band’s versatile recent additions of Hoots & Hellmouth drummer Mike Reilly and The Spring Standards multi-instrumentalist/singer James Cleare catalyzed the group to stretch simple themes into sonic dimensions with dynamic results.

In “Everything,” the intro and choruses are conspicuously optimistic, with a chest-expanding joy tailor-made for the opening credits of any Pixar movie ever made. The verses – replete with galloping snare and foggy keyboards – mingle landscapes from Tom Petty’s earnest heartlands and Jeff Lynne’s complex stratospheres. The song delves into vivid-but-dust gathering memories of fond days past (“fireworks show on the fourth of July… meeting your daughter for the very first time”) only to reinforce the guiding mantra of the future (“I hope it was everything you thought it would be”).

Along the journey there are moments of nostalgia and indie rock balladry, like on “Race to the Bottom,” which brings to mind a Midwestern incarnation of TV on the Radio. “All with You” brings together HHT’s signature acoustic instrumentation with atmospheric synth out of the Phosphorescent handbook. Deeper within there’s Southern rock and jangly revelry (“Arkansas”), and signature, bigger-than-life Tonk (“Height of My Fears”). Experiences and textures blend together and stack up like the pages of a book. If you take the analogy further, this is their autobiographical magnum opus.

Ha Ha Tonka formed in 2004, when four friends from the Ozarks of Missouri started playing music together. They recorded four critically acclaimed albums, played Lollapalooza and Austin City Limits, and appeared on Anthony Bourdain’s No Reservations. Through it all, the individuals made friends, found love, some members got married, some had kids. Especially now, there’s a maturity in being able to assess life’s scenery and look toward the future. And there’s something altogether more powerful in making others want to feel the same exact way. After all, Heart-Shaped Mountain has the power to overcome.