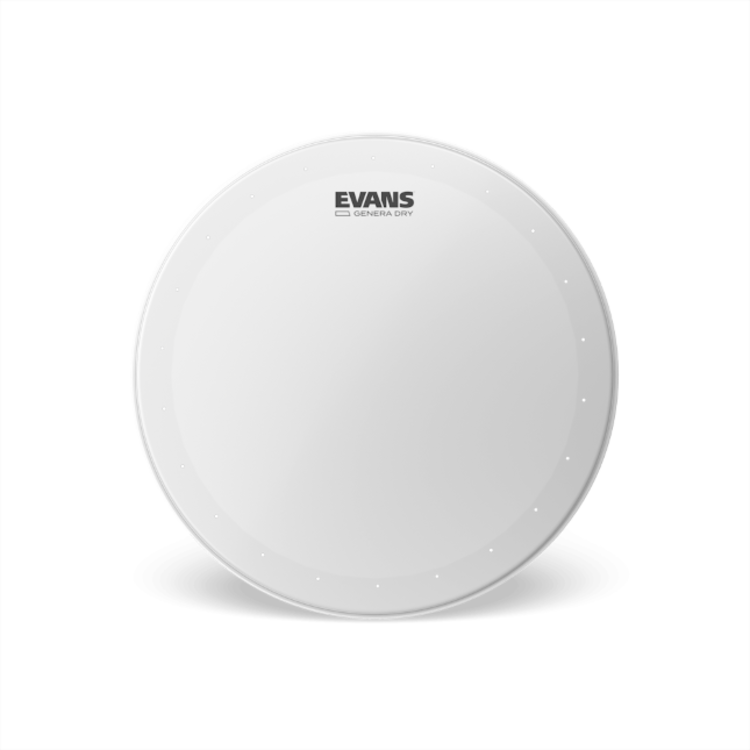 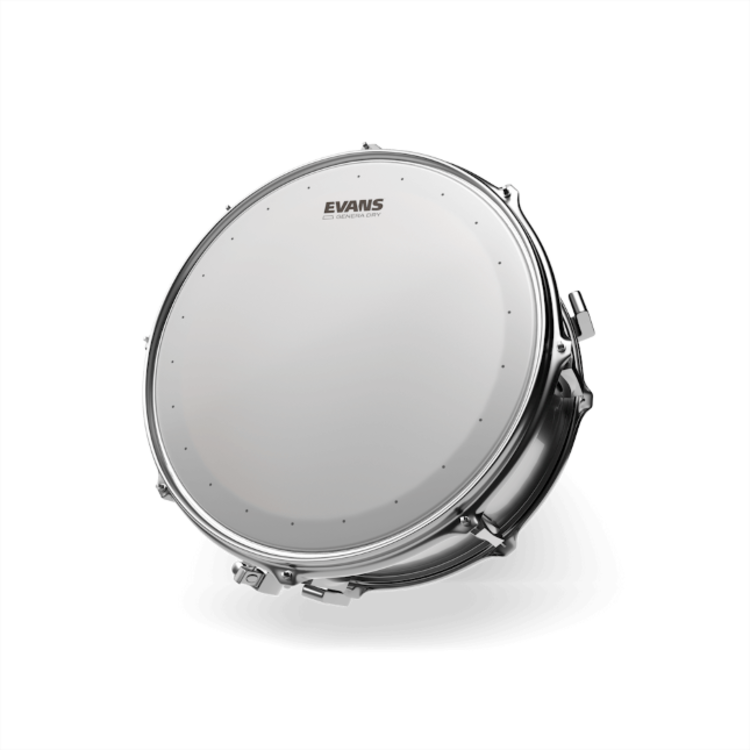 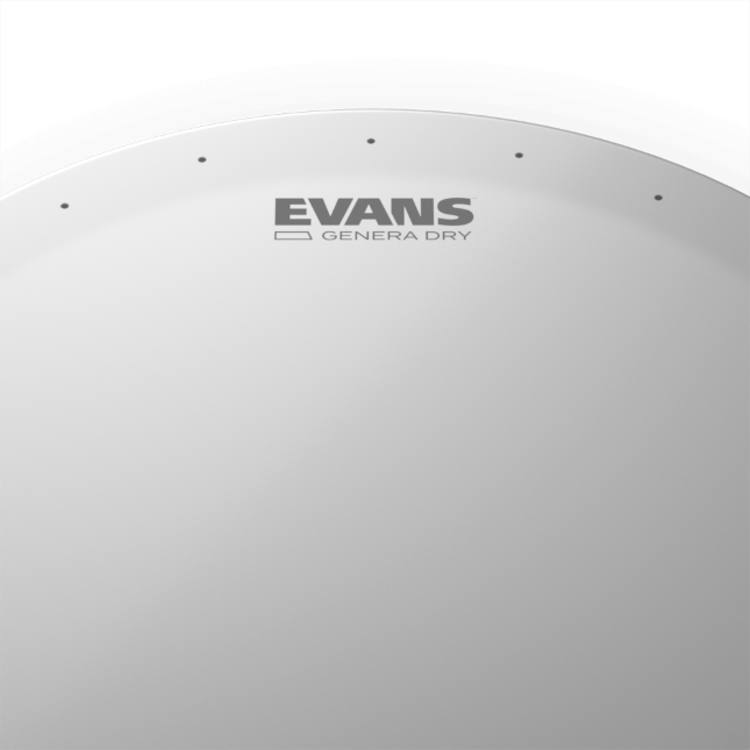 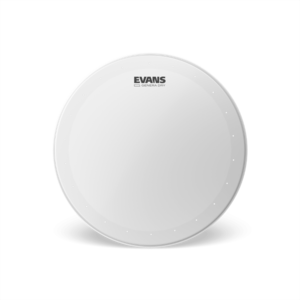 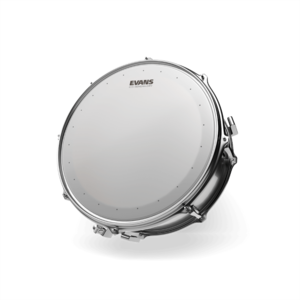 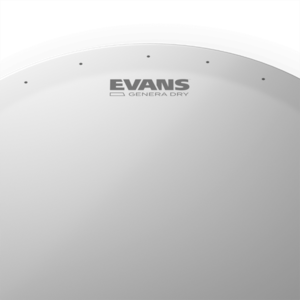 Evans Genera Dry snare heads feature a single ply of 10mil film in combination with a 2mil overtone control ring on the underside that "floats" with the head, eliminating excessive overtones and controlling sustain. Precision-drilled dry vents around the perimeter of the head further reduce overtones and sustain. Evans Level 360 technology is incorporated to extend the level playing surface of the drumhead, 360 degrees around the drum. The vertically enhanced collar design guarantees even contact with the critical bearing edge of the drum shell, resulting in: ease of tuning, extended pitch range and optimum quality of sound. Evans Level 360 technology resolves the age-old dilemma of traditional synthetic heads consistently not fitting the drum shell without using considerable force.