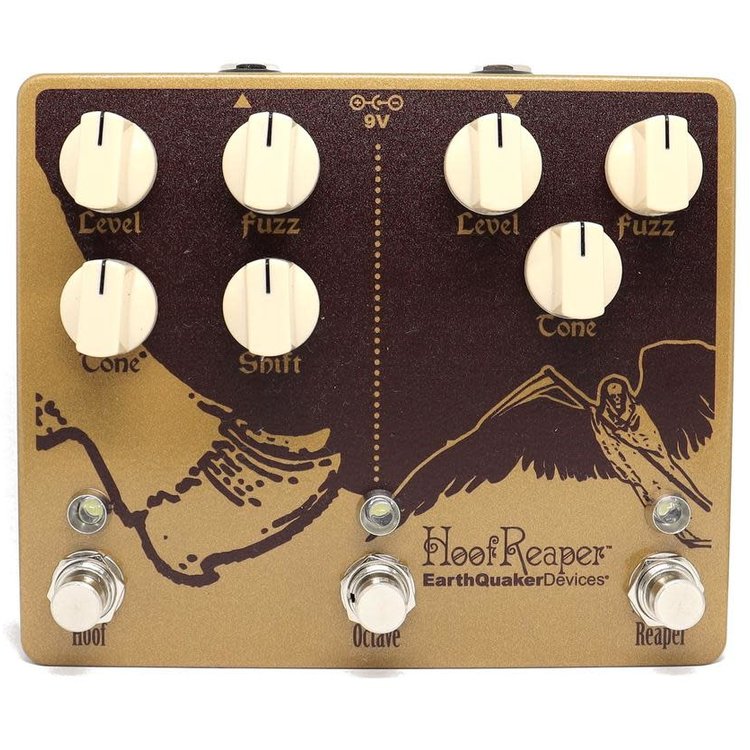 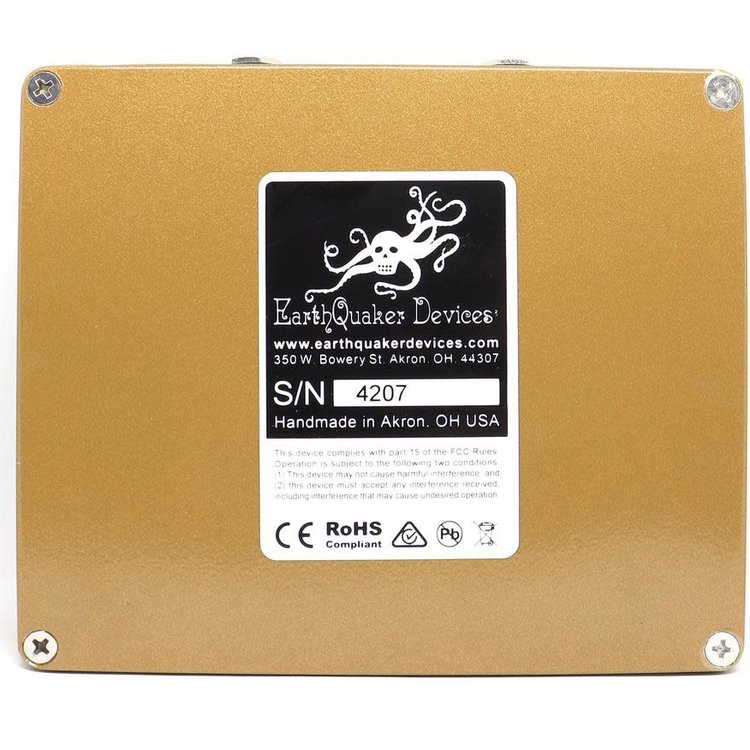 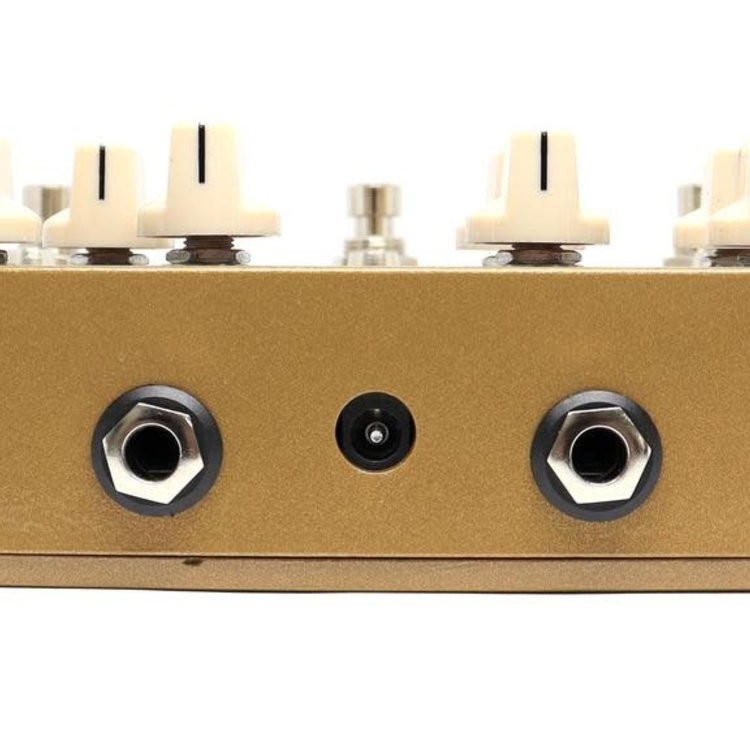 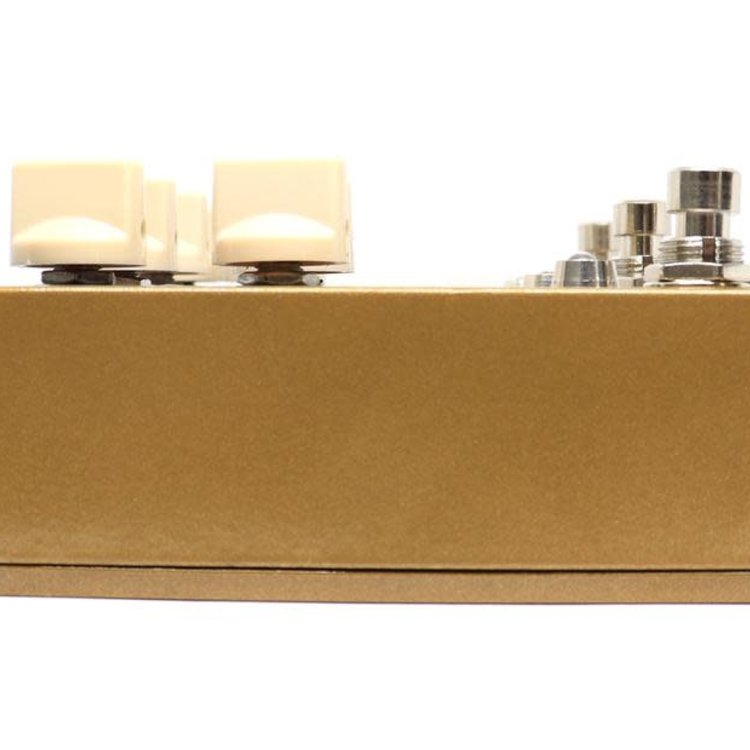 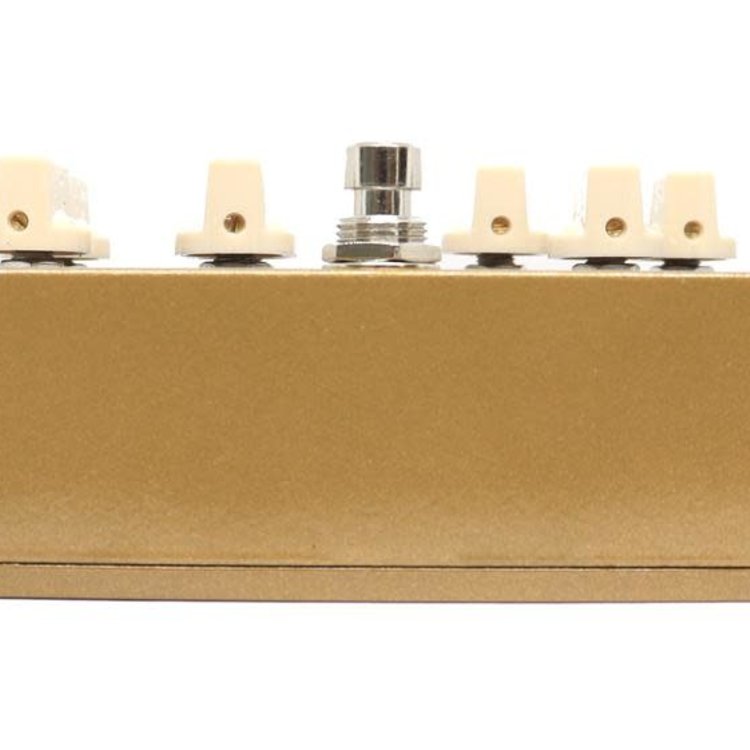 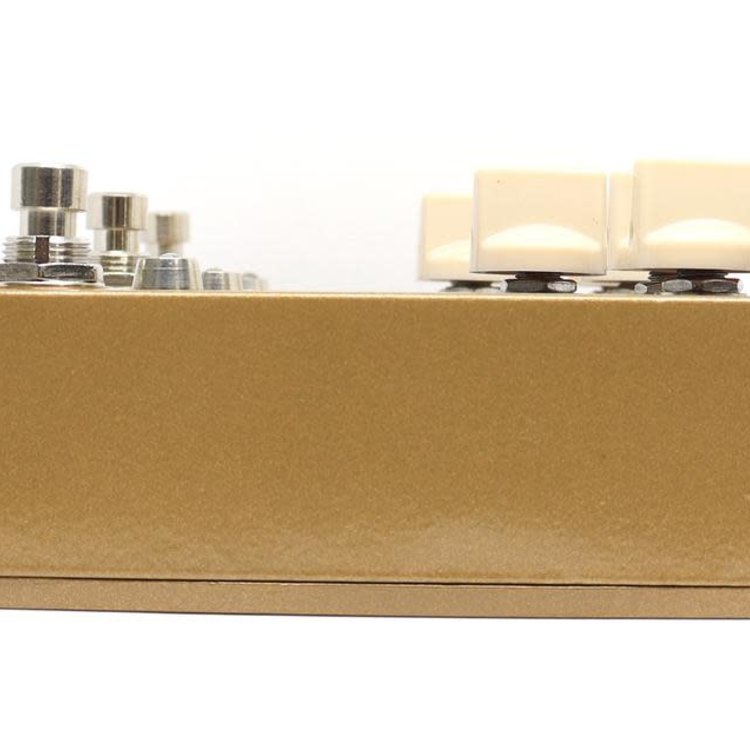 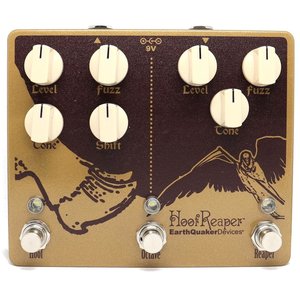 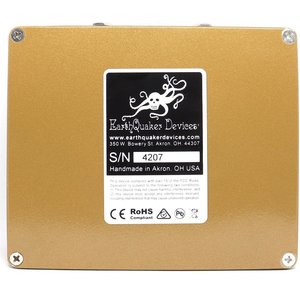 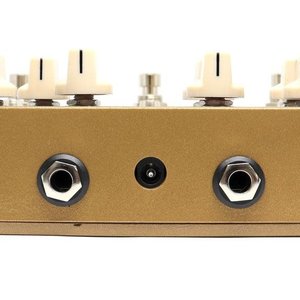 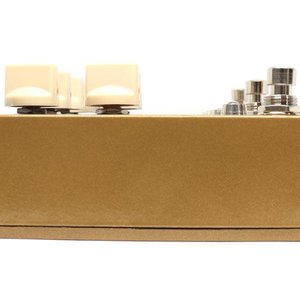 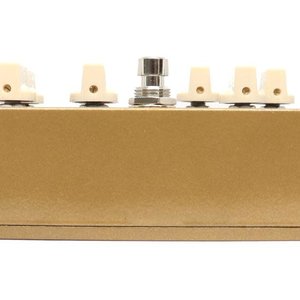 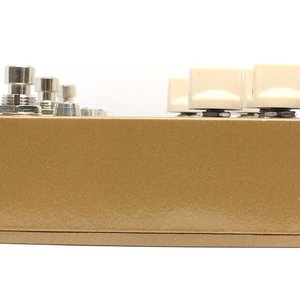 The Hoof Reaper® combines two of Earthquaker's best fuzz pedals into one unit and adds an octave up circuit to add more flavor to the tone.

The Hoof is a no-fuss, easy-to-use device capable of sounds from warm, gritty overdrive to a huge, sustaining fuzz. It’s a germanium/silicon hybrid Muff-style fuzz (based on the old green Russian muff) with massive amounts of volume on tap and smooth amp-like sustain. It has a tighter, cleaner sound than most Muff’s which makes it more cutting and discernible in a band setting. The shift control is the key to the Hoof’s character, it alters the frequency response of the tone control. Clockwise scoops the mids and counterclockwise enhances the mids.
The Tone Reaper is a vintage style fuzz device based on the “3 knob” bender. It’s a silicon/germanium hybrid capable of producing a wide range of tones from every bender era with careful tweaking of the Tone and Fuzz controls. From thin and spitty, to thick, growling sustain; it’s all here.
The Octave up circuit is a classic monophonic octave up that will add a swelling octave to the fuzz tone! Since it is monophonic, the effect will be more pronounced when using the neck pickup and playing above the 12th fret.