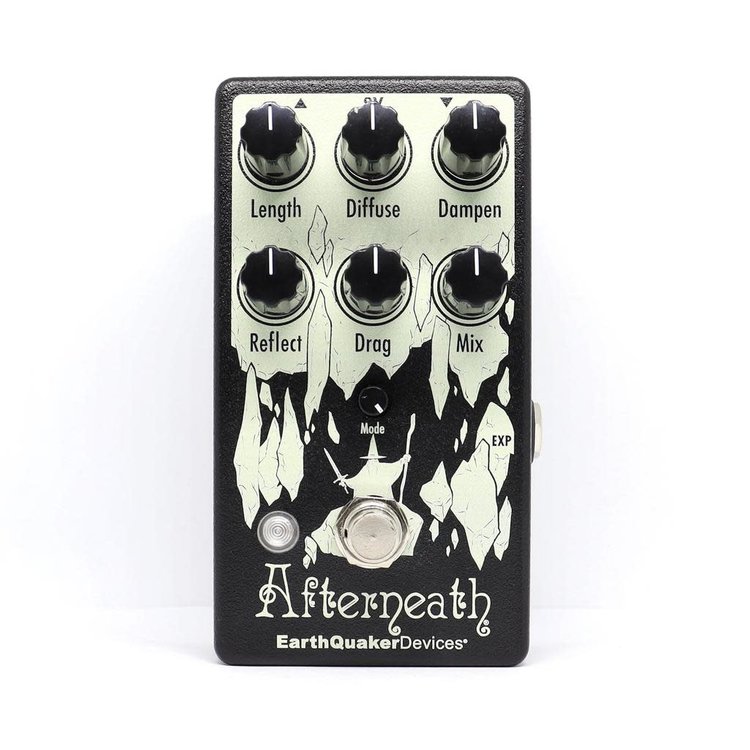 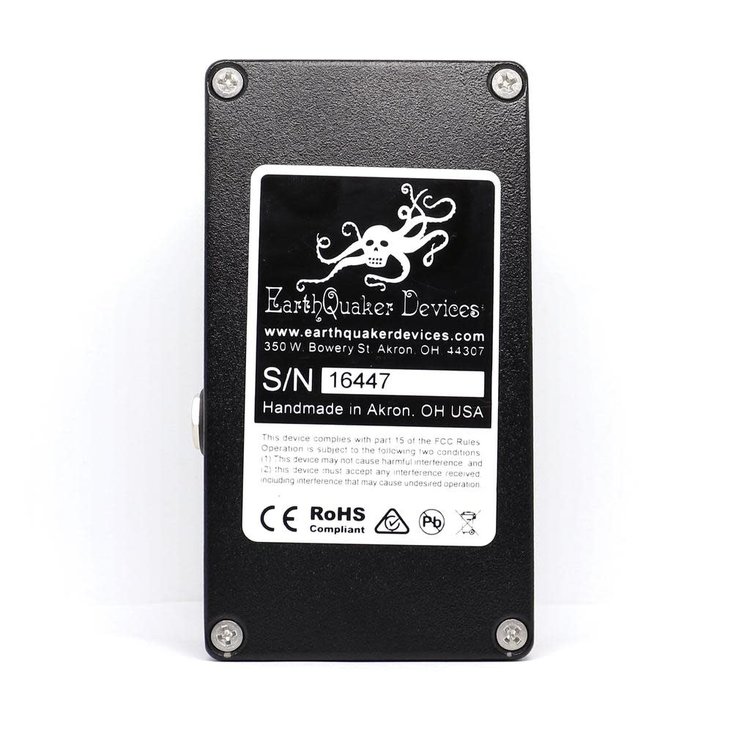 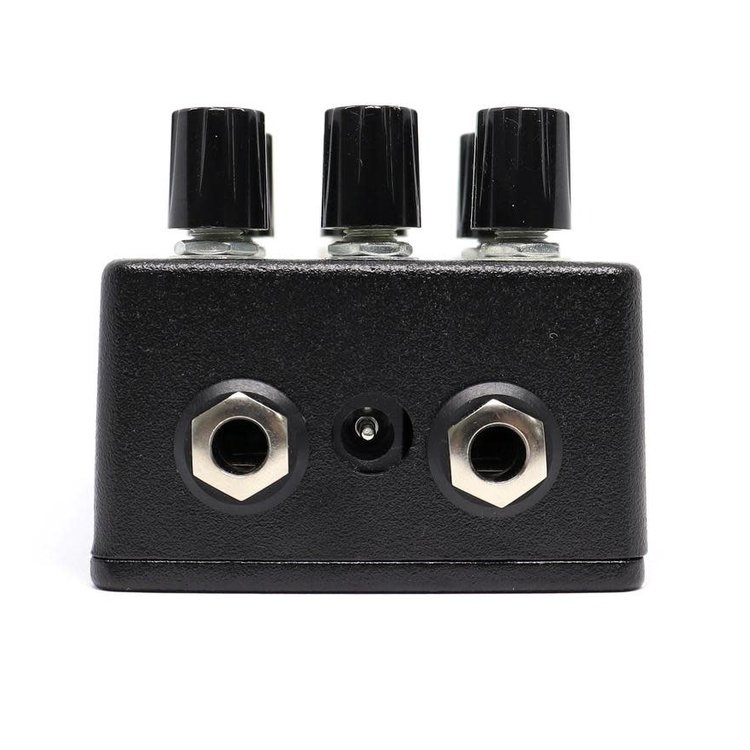 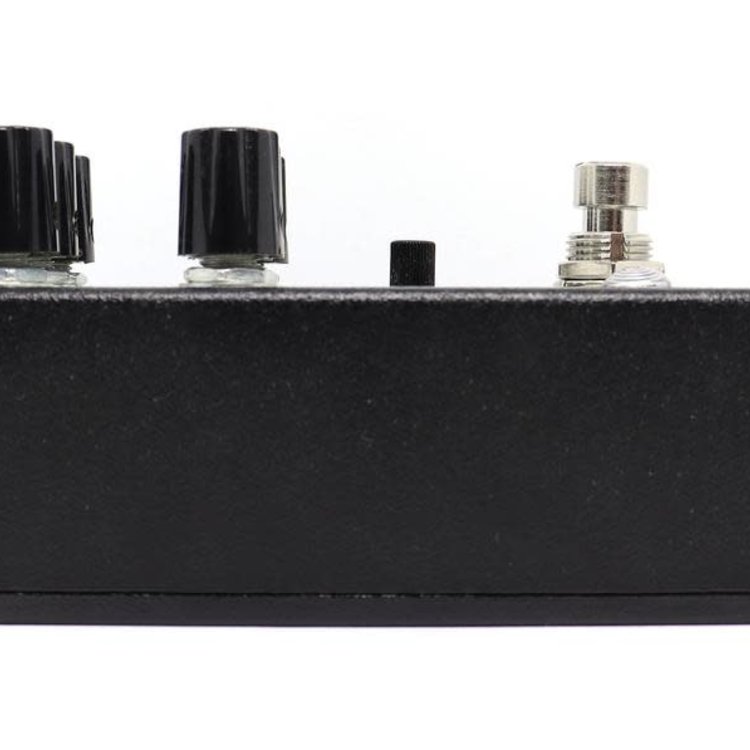 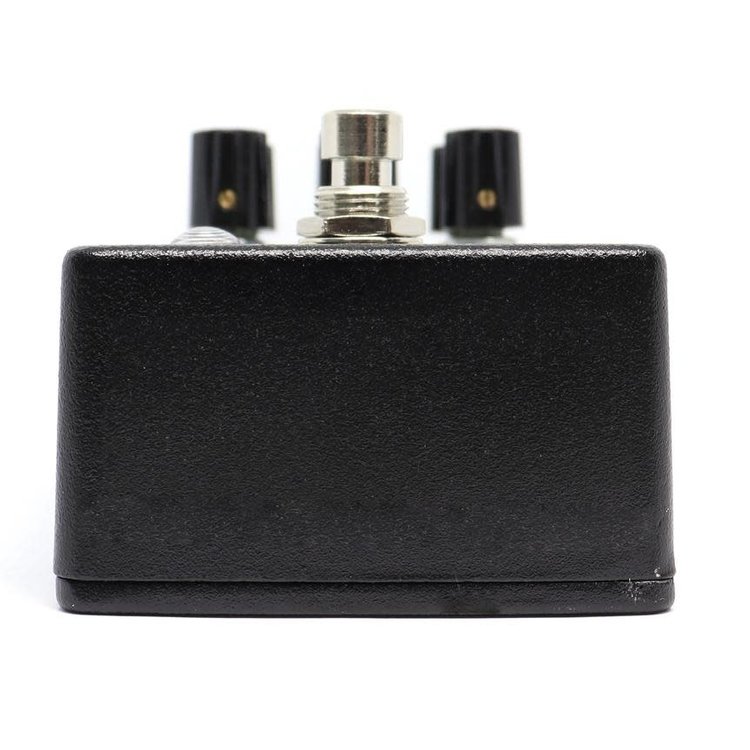 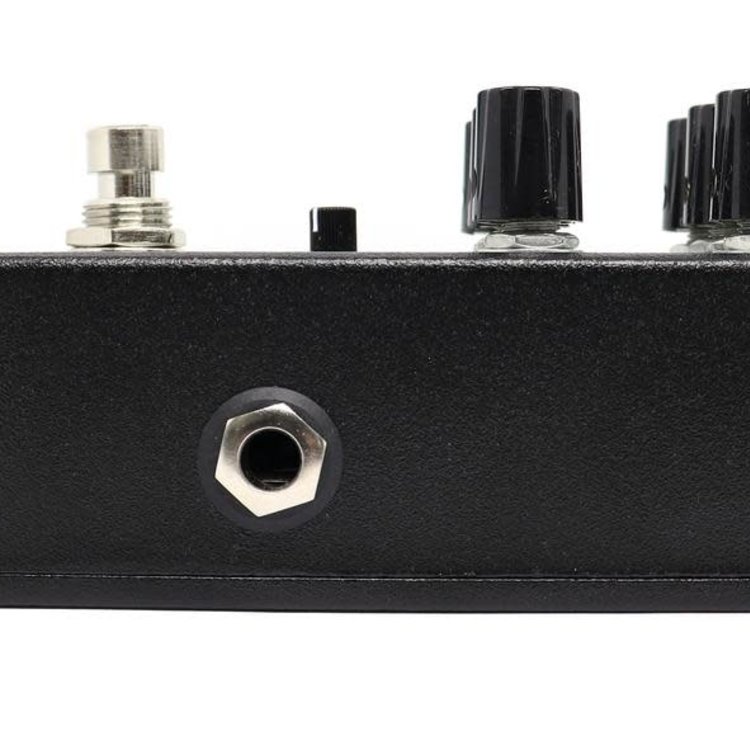 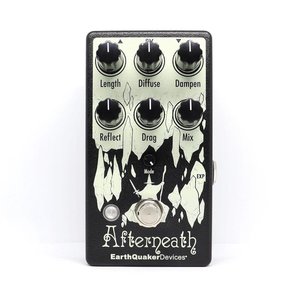 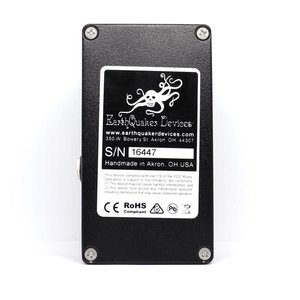 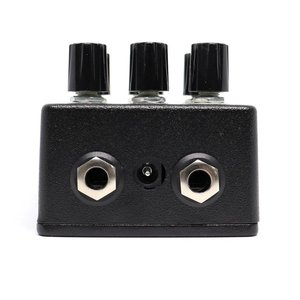 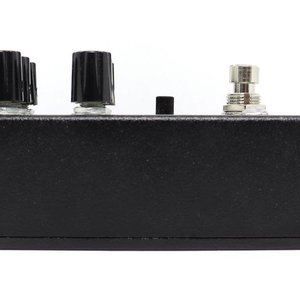 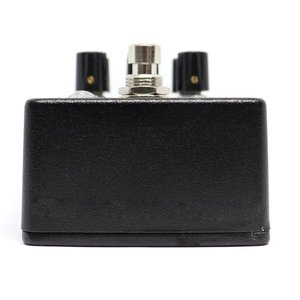 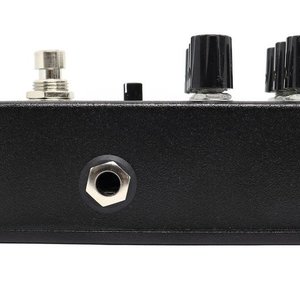 The Afterneath sounds a lot like it looks – a wizard bursting forth from ethereal cave & ready for the ambient battle. You are the wizard – or sorceress, if you prefer – and the cave is your instrument’s signal, vast, expansive, & magical. Do you go inside? Roll a D20 to proceed!

Hey scamp, welcome to your new Afterneath enhanced otherworldly reverberation machine from EarthQuaker Devices® brand effects pedals! The Afterneath sounds a lot like it looks – a wizard bursting forth from ethereal cave and ready for the ambient battle. You are the wizard – or sorceress, if you prefer – and the cave is your instrument’s signal, vast, expansive, and magical. Do you go inside? Roll a D20 to proceed!

Once inside, a reflection of light from an unknown source catches your eye, and you notice a bizarre sheen on the walls of the cave. You timidly inch closer to the walls of the cave. Placing your hand gently on the cavern wall, you feel the rock move. The cave is alive! Alarmed, you emit a loud gasp, which reverberates throughout the subterranean landscape. Upon further listening, it appears as though the reverberations of your voice are in fact a swarm of short digital delays which may be used to create wild and cavernous reverbs, or scattered, short, rhythmic delays with bizarre characteristics.

Take a moment to consider your Intelligence and Wisdom scores, as well as your spell inventory before proceeding further. You have seven spells at your disposal…

Will you cast “Length,” which controls the decay length of the reverb?

What about “Diffuse,” which adjusts the spread of the reverb? With your wand (or just the knob) turned counterclockwise, the reverb is sharper with more attack, resulting in a stuttering sputter of individual early reflections. Clockwise casts a washy, more ambient-sounding hex.

Overwhelmed by fear, you hastily cast “Dampen!” As you shout the incantation, you notice that a counter- clockwise variation of this spell results in brighter tones, while as you rotate your wand clockwise; you hear darker tones with a mellower top-end. It’s almost as if your magic changes the hardness of the cavern walls, and thus the tonal characteristics of the reverb!

Elsewhere in your book of magic is “Drag,” which separates the individual digital delay lines, literally dragging them through the very fabric of time and space towards an unknown event horizon from which they may never return. Clockwise “Drag” positions will gather the delay lines close together for a more reverb-like effect. Turn the “Drag” counterclockwise, and the delay lines will begin to pull apart for a scattered ping-pong delay effect.

The Drag can be put under voltage or expression control using the “EXP” jack located on the side and operates in 9 different modes which are selected by the small “Mode” control. These modes are: Unquantized, Unquantized with slew, Unquantized volt/octave, Chromatic scale, Major scale, Minor scale, Pentatonic scale, Octaves & fifths and Octaves. These modes drastically change the way the Drag control functions, especially while using an expression control or CV.

The “Reflect” alters the depth of the cave, and with it the regeneration of the reverb. This acts as a feedback control and will self-oscillate if cast by a high-level user. Turn clockwise for more wash and echoes, counter-clockwise for less.

The Afterneath features a completely analog dry signal path, totally digital delay path, buffered bypass with Flexi Switch Technology and a tails/no tails option on bypass. Each and every Afterneath is built by a mix of robots and human beans in the torch-lit cave community of Akron, Ohio.