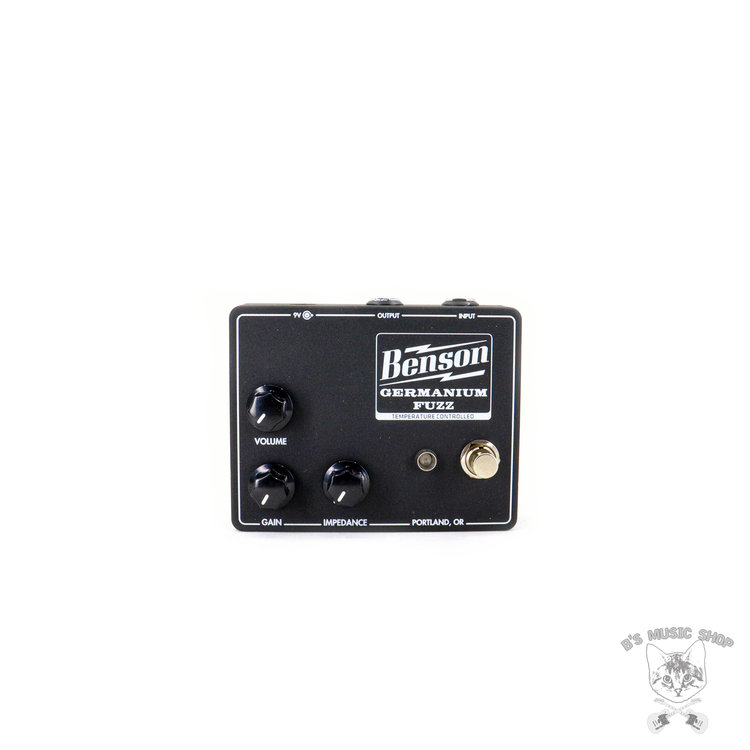 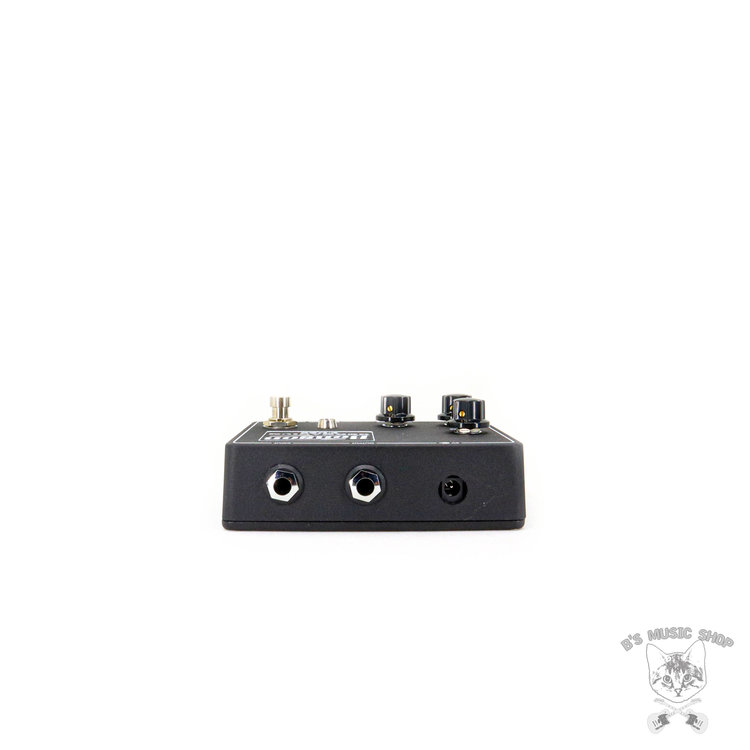 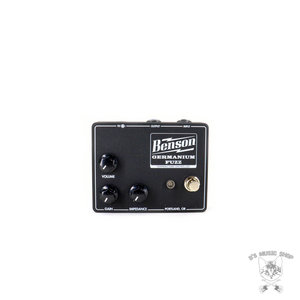 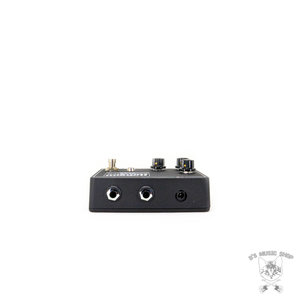 Article code BA-FZ-BL
$299.00
($299.00 Incl. tax)
in stock
The Germanium Fuzz is a fuzz pedal. The knobs change the sounds. IMPORTANT: after plugging it into power (9vdc only), it will take 2-3 minutes on average to sound correct. Good time to tune your guitar and grab a beverage. The color of the LED indicat

This pedal is designed around two germanium 2N527 OR 2N404 Germanium Transistors. They have been graded for gain and leakage and carefully matched to sound their best. They are set up in the ubiquitous 60’s circular fuzz topology, and tuned for good sound, and include some additional oddities aimed at solving the issues that prevent more widespread use of Germanium devices....detailed below.

The bias of the transistors in this pedal is automatically regulated by a circuit that GENTLY warms the transistors to a preset operating point using analog components, and ensures a consistent sound, no matter the external temperature. When the LED is orange, the transistors are warming up to increase their hFE (transistor gain) and to shift the bias point to the correct voltage. When the LED turns green, the warmer is off because the correct bias and hFE have been set. Expect the LED to toggle back and forth every so often while the pedal is on…that is how you know its working. The heaters will warm the transistors enough to still be effective on a sunny stage, but far cooler than anything that would harm the transistors. This pedal is designed to operate between freezing and 100˚F but might still sound fine outside this range. There are two colors: Studio Black is not meant for direct sunlight, Solar White is fine with it. Benson have found there is a 20˚F difference between a black pedal and a white pedal in direct sunlight.

The low input impedance of the classic two transistor germanium fuzz circuit is both a blessing and a curse….a blessing because it can yield a tight sparkly clean tone when guitar volume is rolled down, and a curse because it sounds nasty (in a bad way) if there are buffers or pedals before it in a signal chain. Benson went to some extremes to keep the blessing and lose the curse.

Benson installed a class A buffer in the very input of the Germanium Fuzz. This buffer feeds a Jack Orman style passive pickup simulator circuit (an audio transformer set up as an inductor, a resistor, and a capacitor). These two additions make compatibility with other pedals possible without losing the desired sound. After the pickup simulator circuit, Benson has added an “Impedance” control, which simulates rolling down the guitar volume to get that tight sparkly sound…without adjusting your guitar volume….which you can still do and still sounds great.

The circuit has been tuned to be used as a rich sounding clean boost, an overdrive, all the way up to an aggressive fuzz with some octave overtones. It will sound different, and I think more useful, than the classic versions. There are many colors of tone available with the impedance and gain controls…they are very interactive. This is meant as a “pretty” fuzz a la 60’s-70’s classic rock/psychedelic rock. It is not a spitty, harsh experimental fuzz and more often sounds like an overdrive or distortion until the gain is turned all the way up, and the impedance is turned down.

Please don’t turn the internal trimmer. It is precisely set at our factory. Turning the trimmer voids the warranty. The correct trimmer position is marked in case you get one used where a tone lord hath already turnt it.

This pedal is for use only with a 9vdc Boss style center negative power supply...There is no battery. Please do not subject this pedal to more than 9vdc or the pedal or power supply could be destroyed. This pedal draws less than 100ma when the heater is engaged, and far less than that when it is off. It will pull those 100ma instantaneously, which most power supplies have no issue with. With substandard or non standard power supplies it is possible the pedal will start oscillating madly at the heater threshhold, where the LED changes, in which case Benson suggests using a current doubler cable, or switching to a higher rated power output.