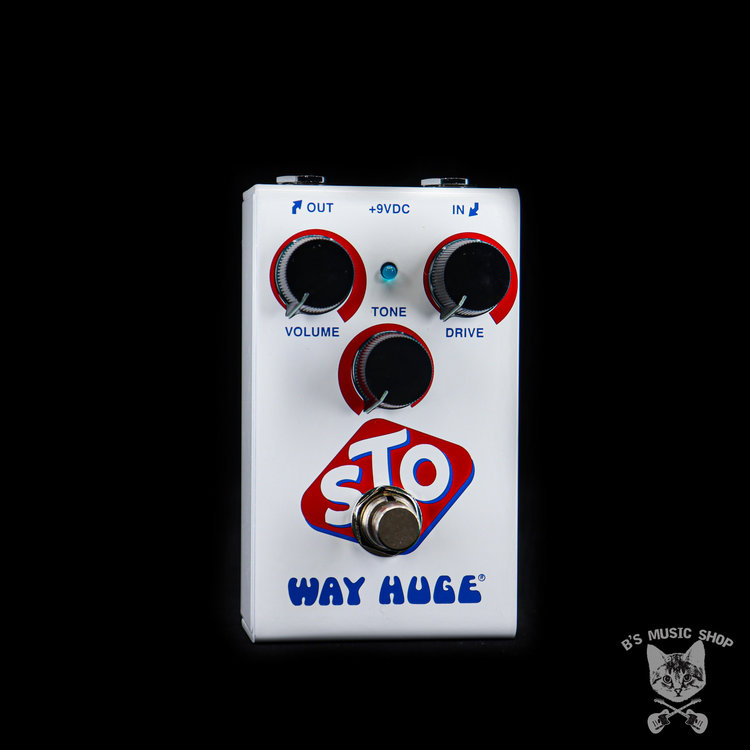 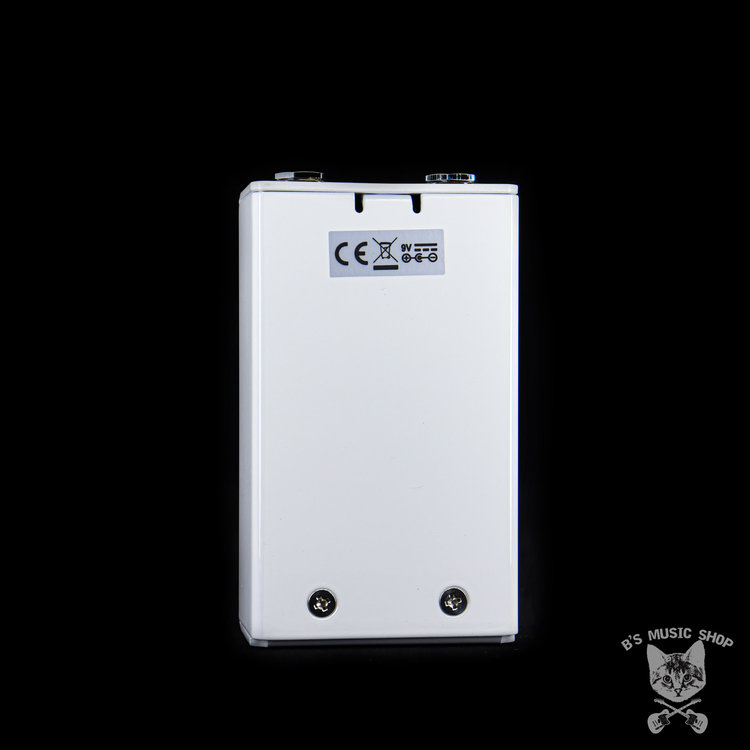 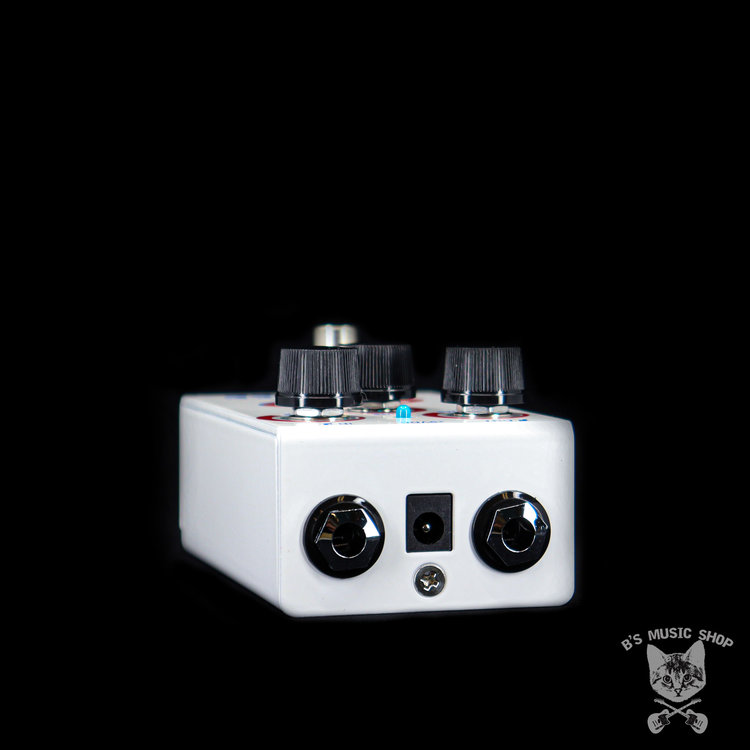 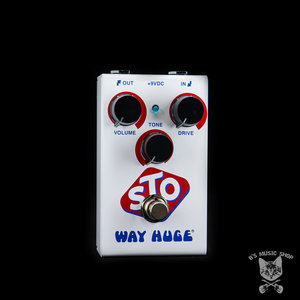 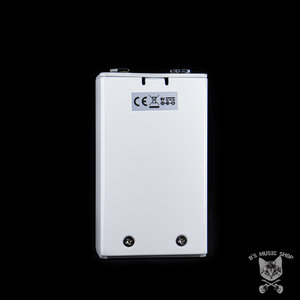 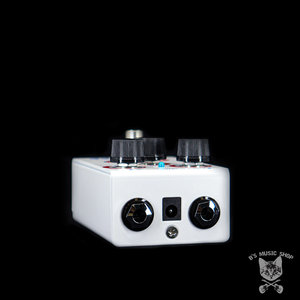 The Way Huge Smalls STO delivers smooth, silky overdrive that sounds like the purr of a freshly tuned-up muscle car. The circuit that it’s based on has been a special secret passed around for years among Nashville honky tonks and recording studios like a nice charcoal-filtered whiskey. Rumors surround its introduction to the scene, but any who’ve played it would agree on its ability to gradually butter up your tone while reserving the fundamental character of your guitar and amp. When Mr. Jeorge Tripps got hold of one, he stuck his head under the hood and tinkered for days on end without availing himself of sleep, or food, or water. Eventually, he emerged from his workshop with the STO, a reimagined version of the Nashville staple equipped with his beloved 4741 op-amp for an even smoother, more pillowy sound. The Way Huge STO’s simple three-knob setup offers just about the fastest and easiest ride to overdriven paradise. The Drive knob deserves special recognition—its range is wide and responsive and makes it sound like your amp is breaking up of its own natural accord but without any more volume than you need. Special batch run.