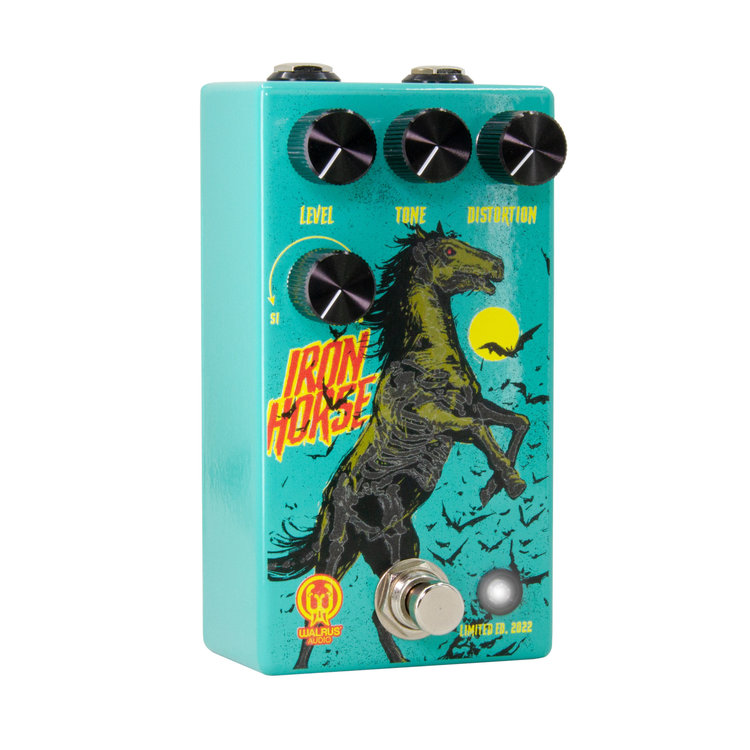 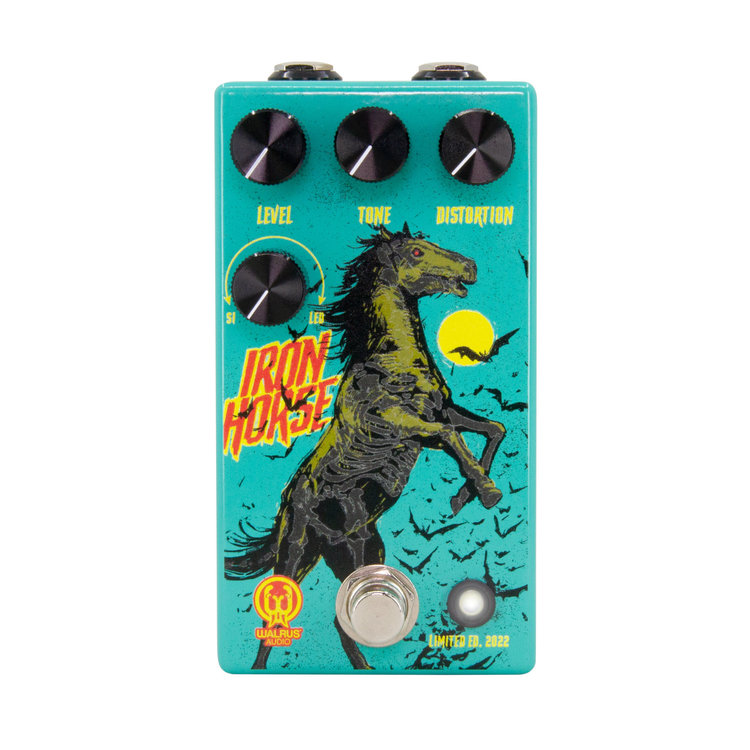 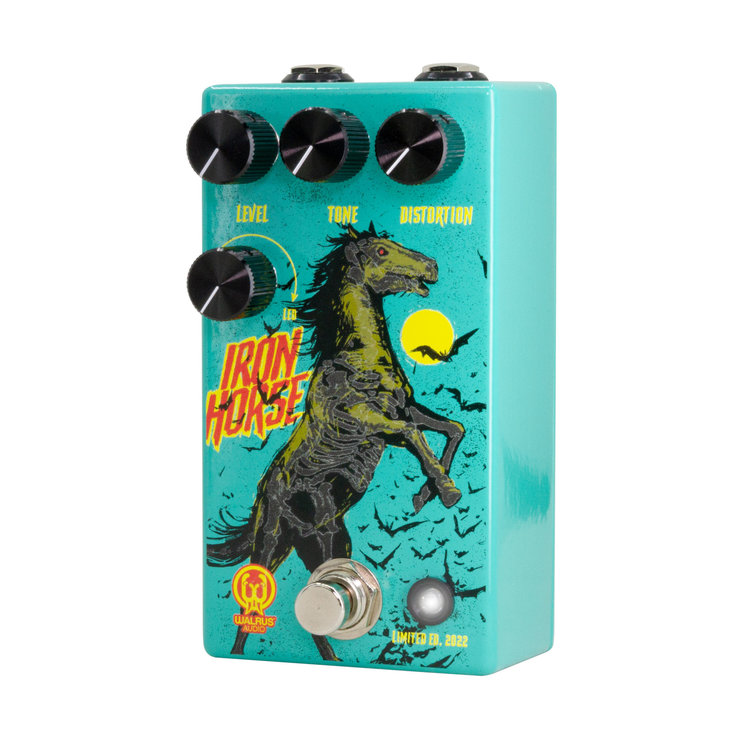 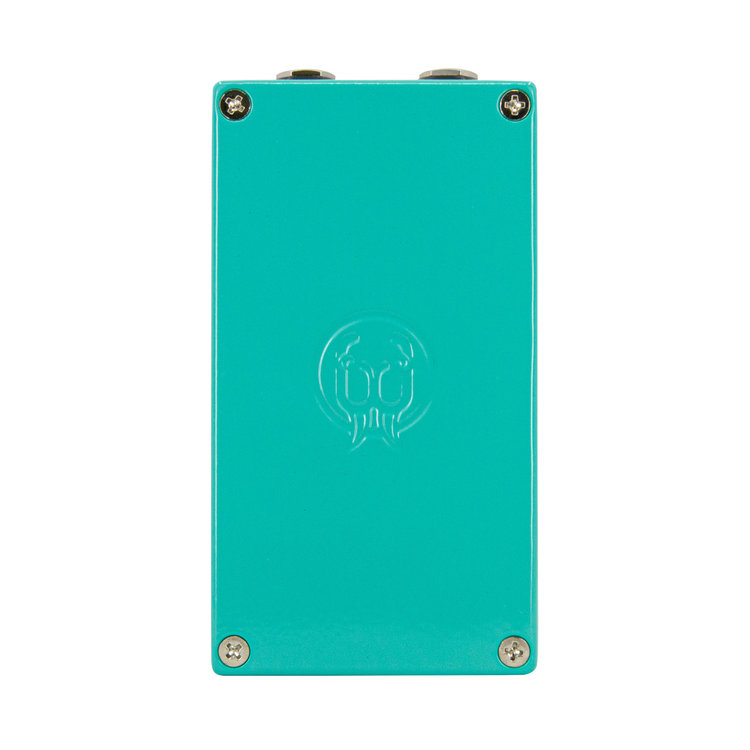 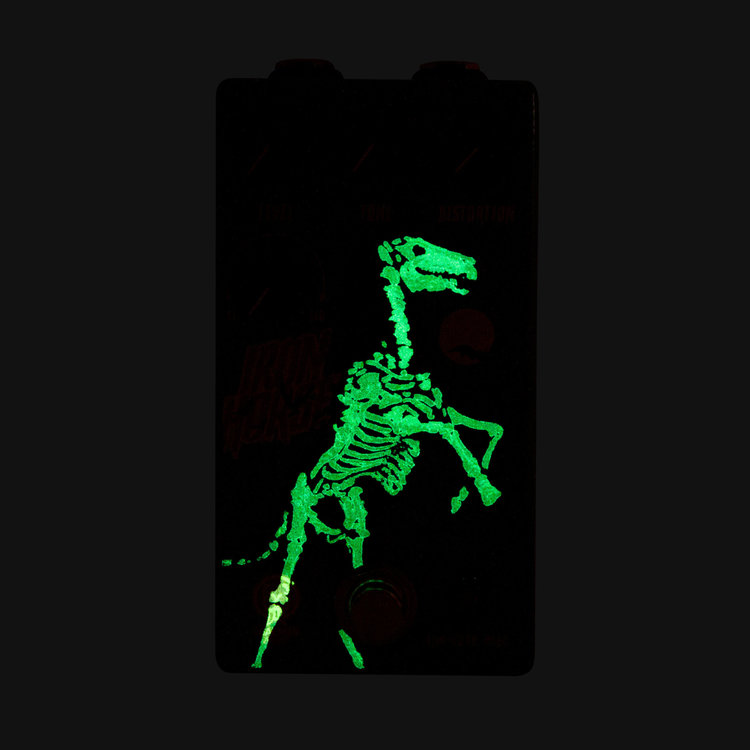 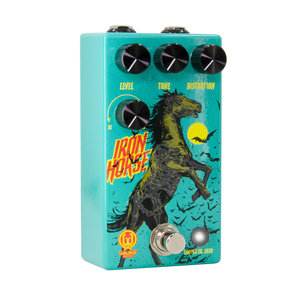 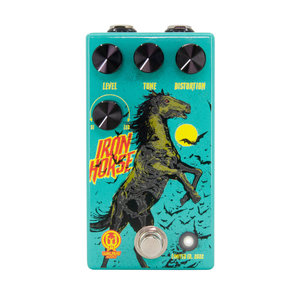 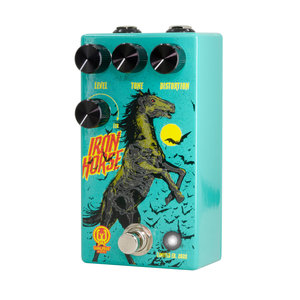 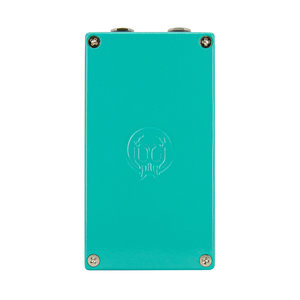 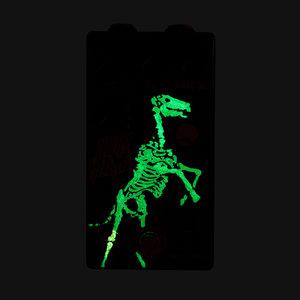 It wouldn’t be Halloween without a limited spooky version of the Iron Horse. Perfect for your sludgy doom riffs, the 2022 Halloween Iron Horse has everything you need to celebrate your favorite holiday based around getting free candy from strangers. Bats, tons of gain, monster movie fonts, an angry horse with red eyes and a GLOW IN THE DARK SKELETON.

The Iron Horse is our take on a classic distortion circuit that’s thick, punchy, riffy, and rowdy. With the help of the Si/LED (Silicon/LED) knob and wide range of the distortion knob, this true bypass, high-gain behemoth can be finely tuned for clear overdriven sounds or let the reigns loose for a full-on distorted onslaught.

The Iron Horse V3 updates are as follows:

Owners of the previous versions of the Iron Horse will be familiar with the three distortion modes operated by a toggle switch to change between different clipping modes. The switch has now been replaced with a blending knob opening up a wealth of ways to alter your tone.

Note: Since the Si/LED knob is changing the internal gain and clipping style, the other controls will behave slightly differently as well. You will need to use the volume knob to adjust the overall output up or down depending on where you have the knob set.