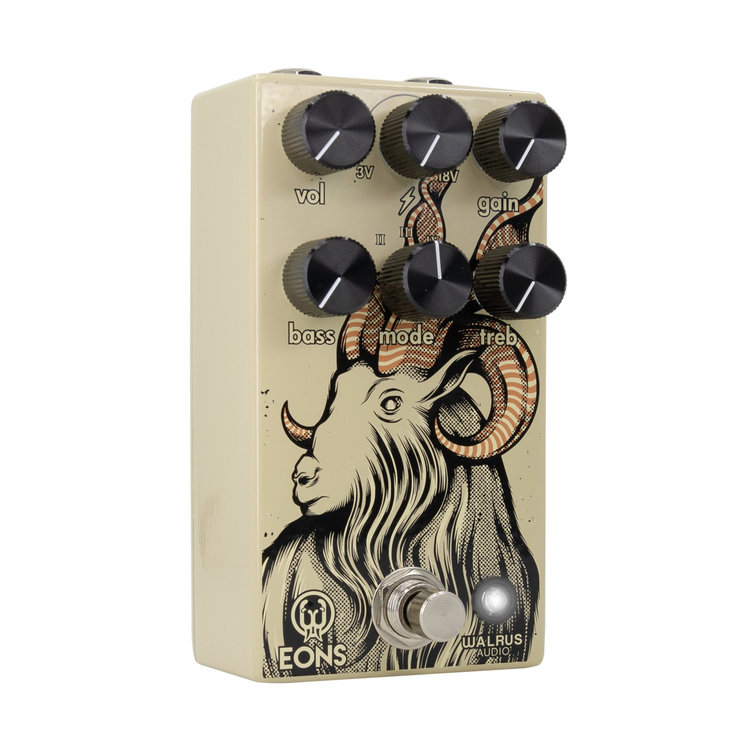 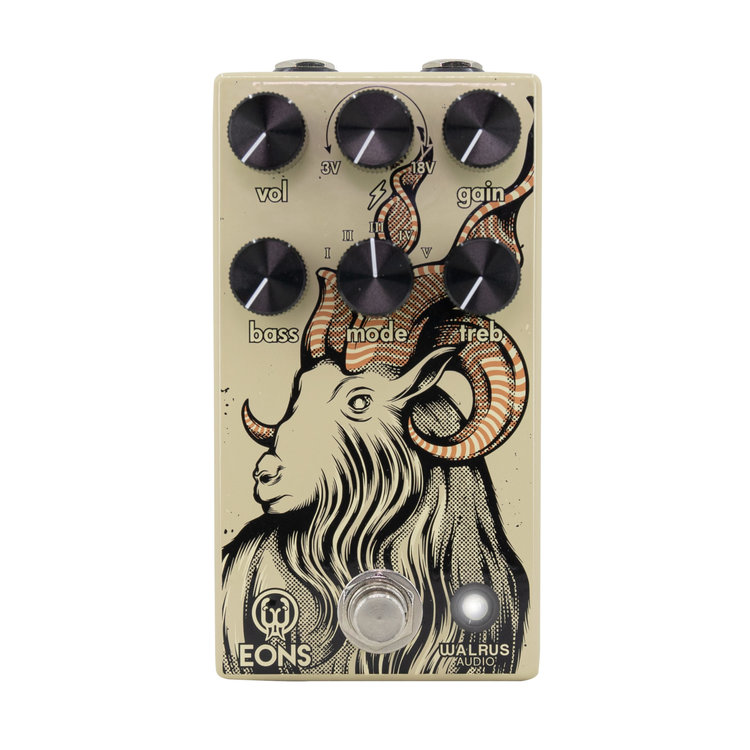 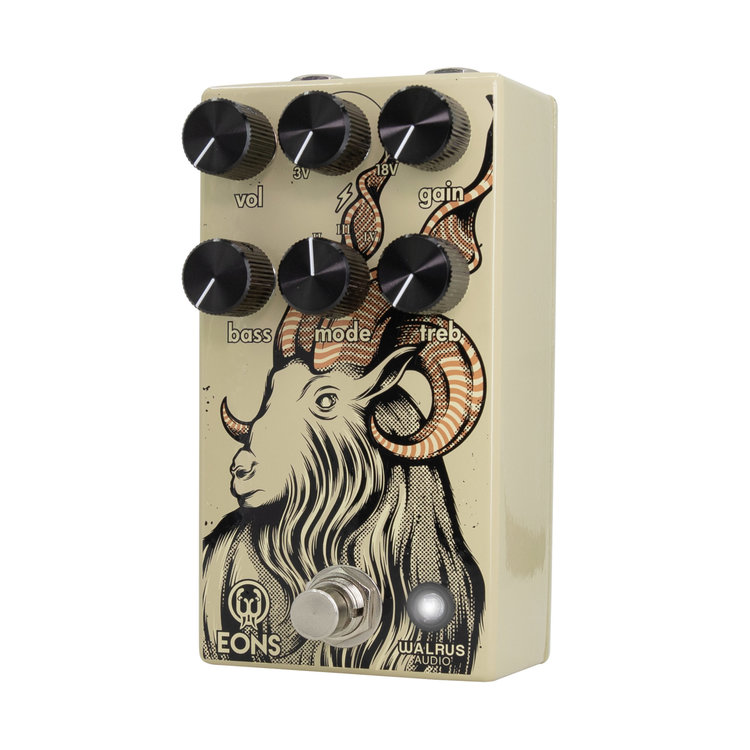 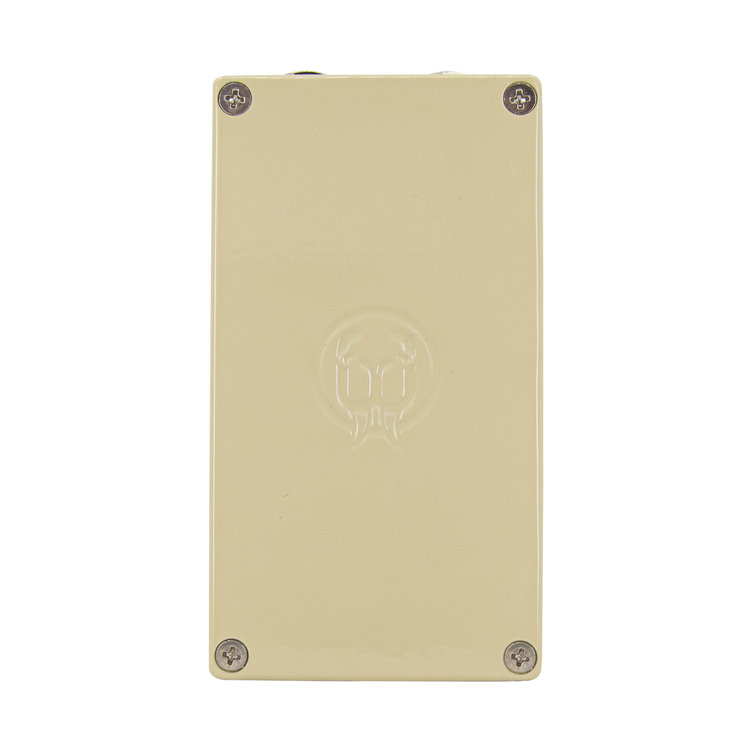 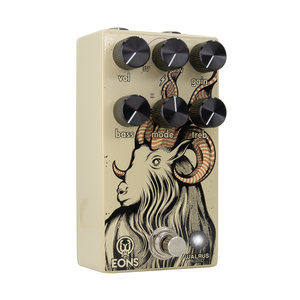 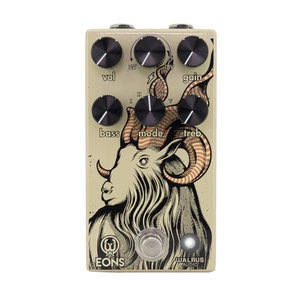 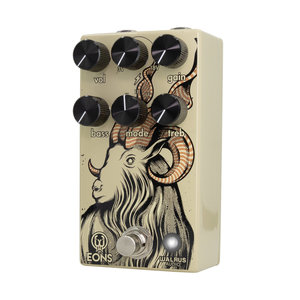 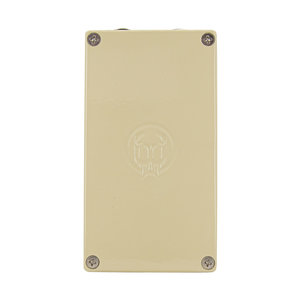 For Eons, man has thought the sound of thunder to be from the heavens above, echoing boastfully over us as we stay safe from its greatness. However, legend tells of a stoic and indomitable beast residing in the highest mountains seen and heard only by the most brash of travelers. With gnarled and twisted horns, this creature emits a sound thicker than Earth's crust to command attention and warn all who stand in his way. This is Eons.

Eons is a five-state fuzz capable of massively thick sounds ready to test the limits of any amp's grill cloth. Use the Voltage (lightning bolt) knob to crank up to 18 volts into the pedal's circuit for massive, open fuzz sounds, or choose to starve it down to 3 volts for spatty, gated fuzz. Experiment with the Voltage and Mode knobs for nearly endless styles of fuzz tones. Find vintage-inspired sounds emanating from the stages of Woodstock to chaotic three-chord punk rock. Eons is ready for a fight.

The Eons features a five-position rotary knob that offers the following clipping configurations. Think of them as different "flavors" of the pedal:

III. Germanium soft clipping with a feel of "what if a distortion and fuzz had a kid?"; crunchy and dynamic.