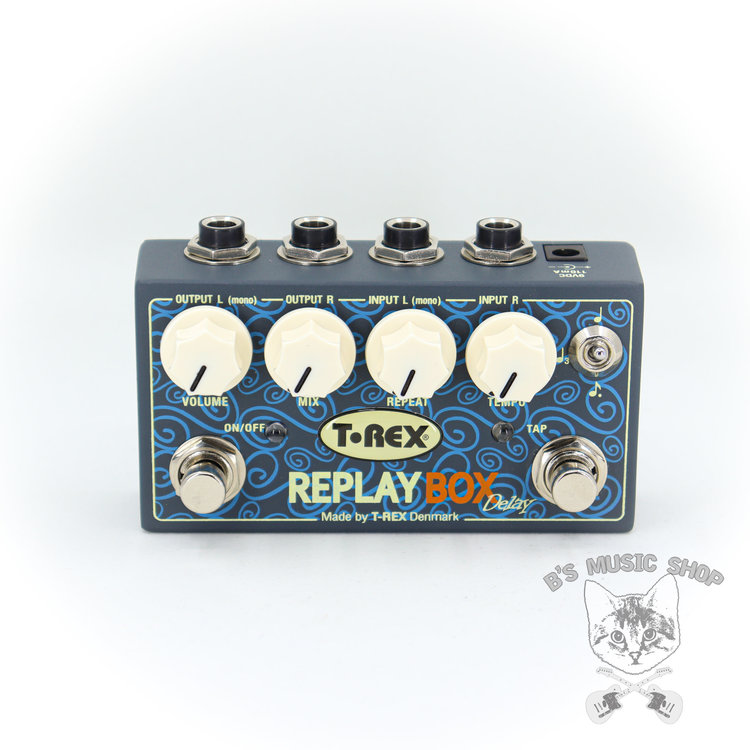 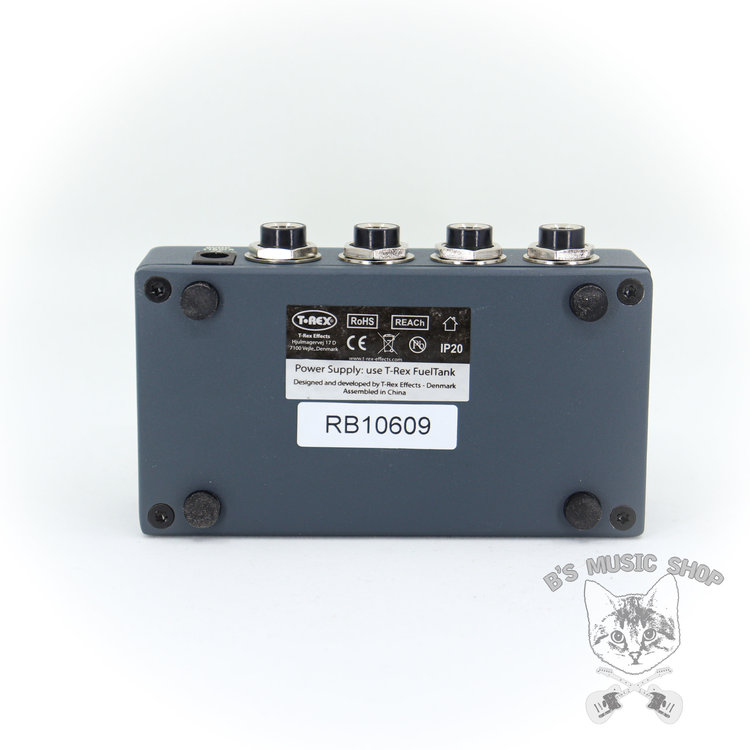 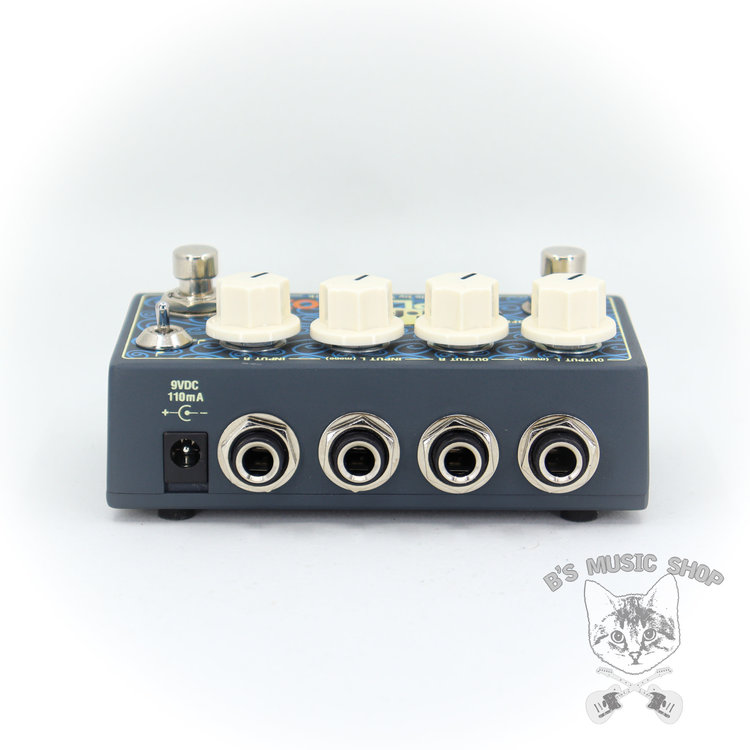 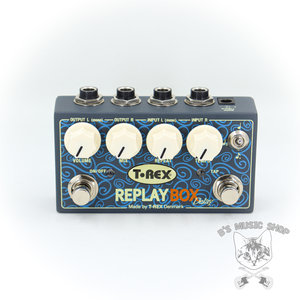 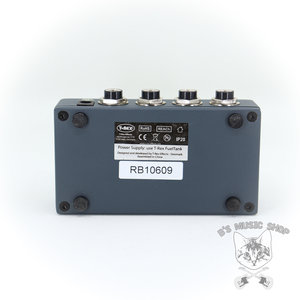 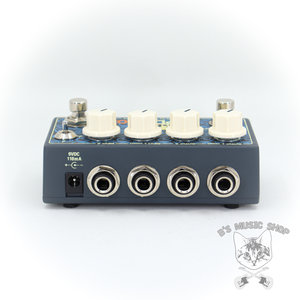 T-Rex had many requests for a more straight sounding delay pedal that is clearer and more true to the incoming guitar signal. By using new hardware, they not only created a very studio-like sounding delay, but we were able to increase the delay time to a maximum of 3 seconds. It sounds more modern and it doesn´t distort or warble – it merely sends out what you put in, only a little later and in a very pleasing way.
Just like all T-Rex's other delays, the dry signal is kept analog, so there is no latency or coloring from the converters to the dry signal.

Tap Tempo works great for keeping the delay time in sync with the guy banging on the skins, but there is something to be said about subdivisions. A straight up quarter note delay works great for most sounds, but the rhythmic pattern that emerges from a perfect dotted eighth delay is quite nice and triplets can be just the ticket in swing or more rootsy types of music, so they put in all three options.
You only have to tap the footswitch to the beat of the song, and the Replay Box will do the rest of the work for you by adjusting the delay time to 1/1, 2/3 or 3/4 of your foot taps, depending on the switch setting.

TRUE STEREO IN A COMPACT BOX

The Replay Box features stereo in- and outputs, so you get the most out of those stereo modulation boxes you sometimes step on. Not only is the dry stereo image kept intact, but the DSP processes each side individually, according to the knobs settings. It´s sort of like having two identical delay pedals for each side.

The Replay Box delay is simple to use, it´s packed with the most sought-after features and the sound is solid as a rock. And just for the record, there´s no way you´re getting it in a smaller box than this.