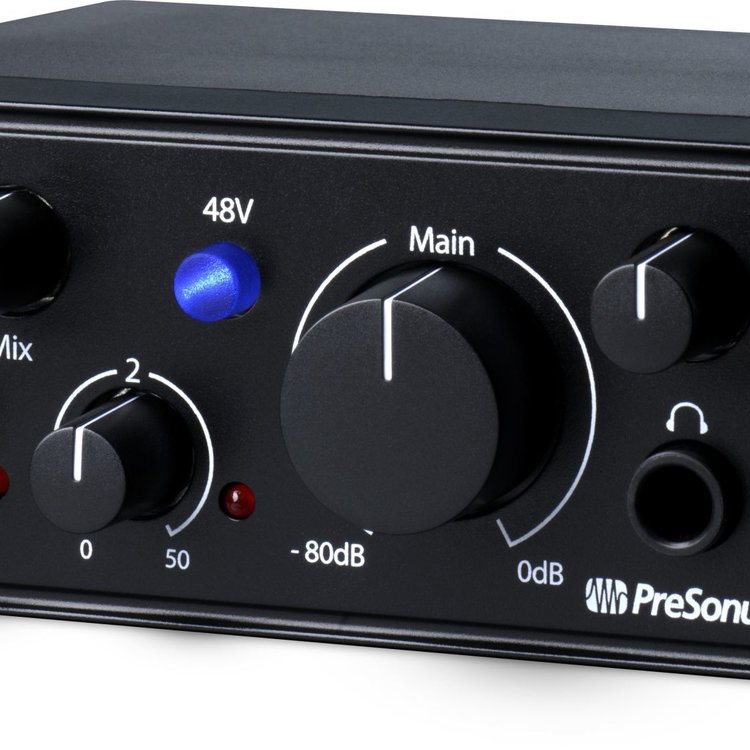 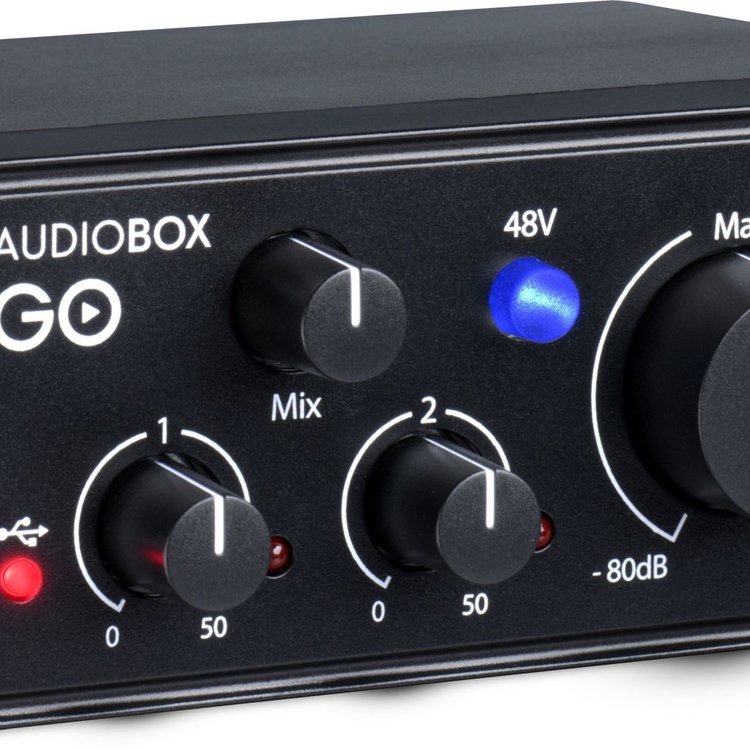 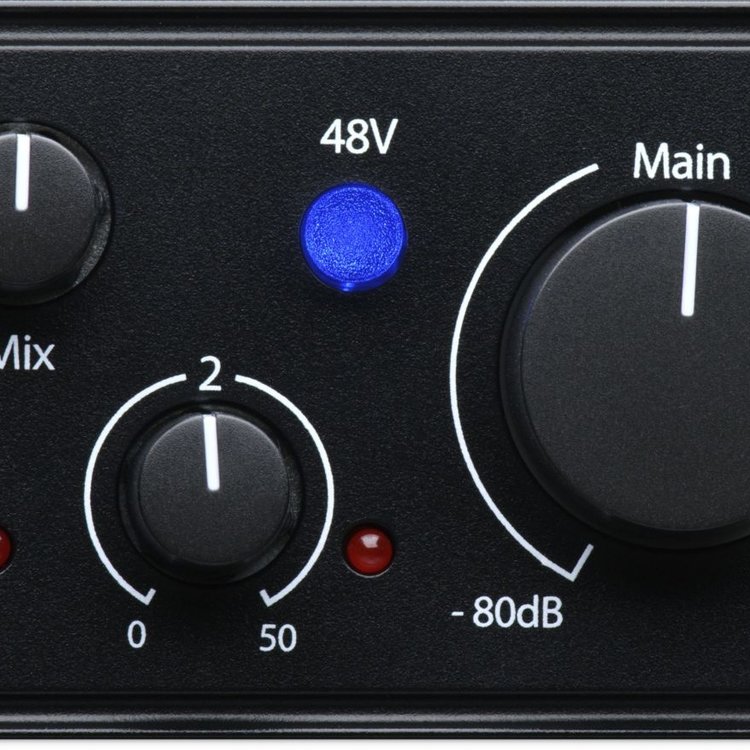 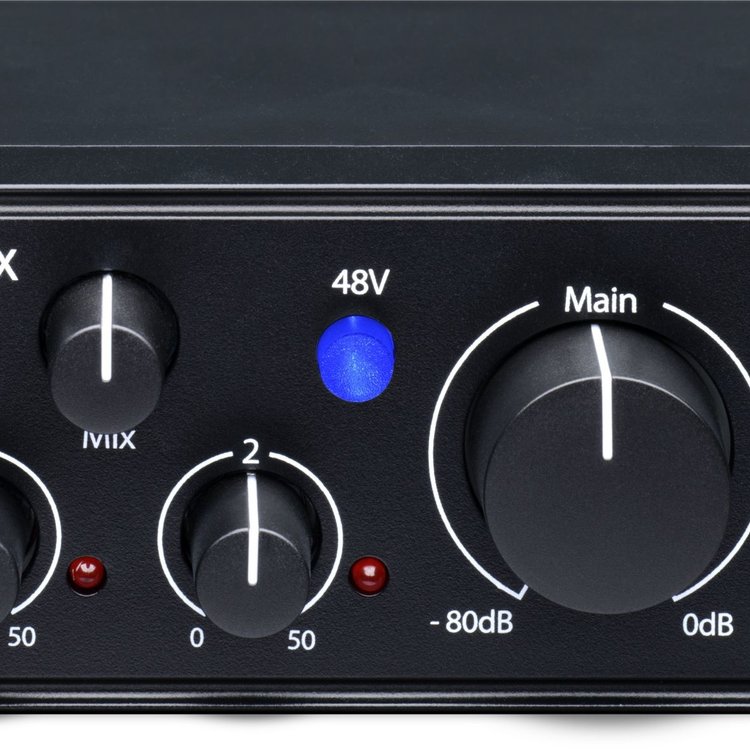 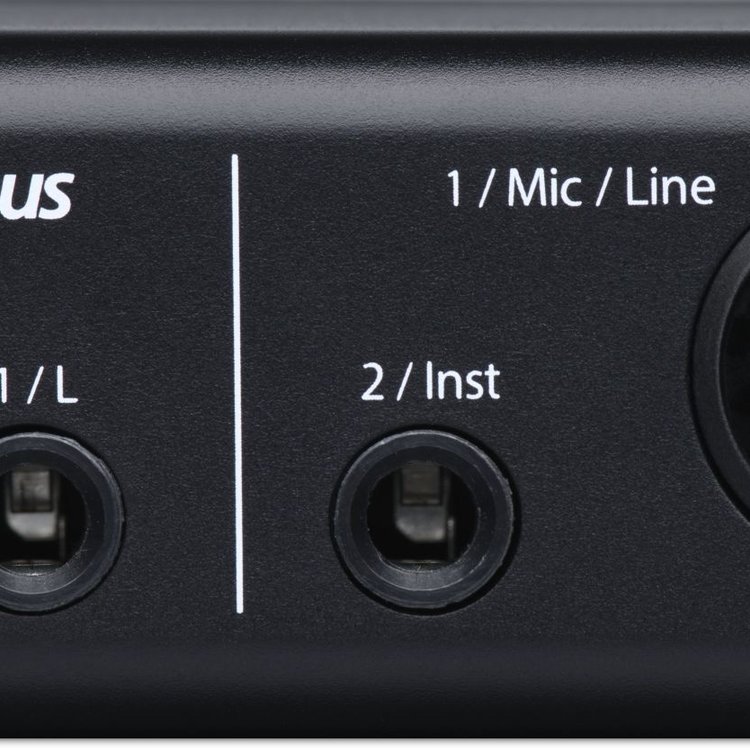 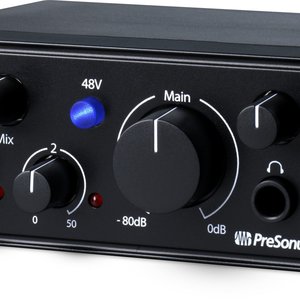 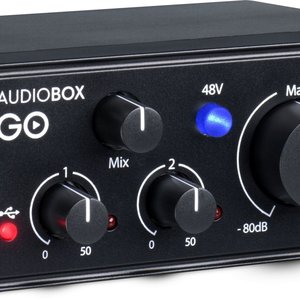 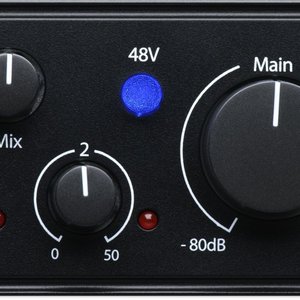 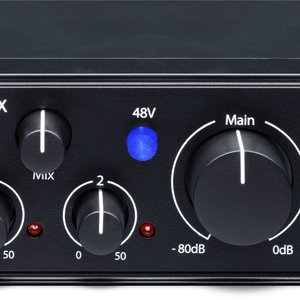 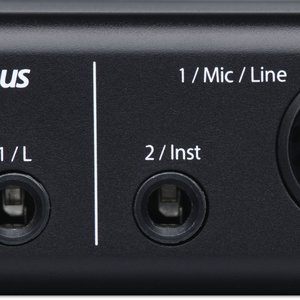 The AudioBox GO provides all the connections you need to record on the move: Mic, Instrument, and Line inputs; monitor speaker and Headphone outs; and a USB-C®-compatible port that provides bus power; the AudioBox GO packs pro features into an interface small enough to fit in your pocket.

Grab and Go! With AudioBox GO, you can record wherever sound takes you. Track some acoustic guitar down by the lake, or lay down some soaring vocals in that super-reverberant stairwell in your friend’s apartment building. Or collect some gritty samples for your next beat down at the subway terminal. AudioBox GO will get you out of the house and make recording the adventure that it should be.

AudioBox GO is a pocket-sized dynamo with all the connections you need to connect professional XLR vocal mics, guitars, synthesizers, headphones, and studio monitors, so it’s also fantastic for compact laptop-based studio setups where desk space is a hot commodity. It's USB class-compliant, so there are no special drivers or applications for you to download and install—and it’s  bus-powered, which means no fussing about with power supplies.

Best of all, you’ll be making music from day one, because the AudioBox GO includes Studio One® Prime—the most intuitive digital audio workstation around—as well as Studio Magic, a bundle of over $1000 worth of plug-ins, software, and tutorials.