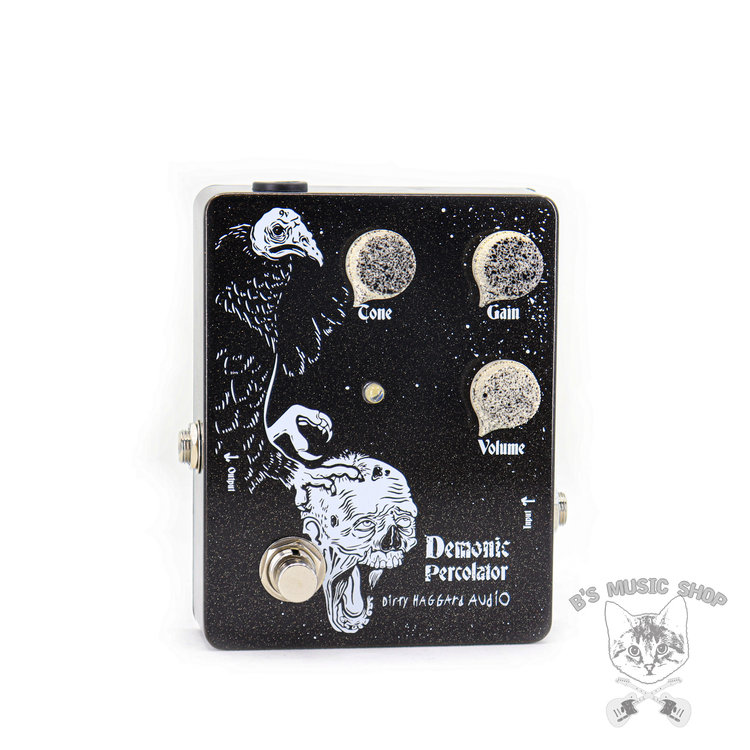 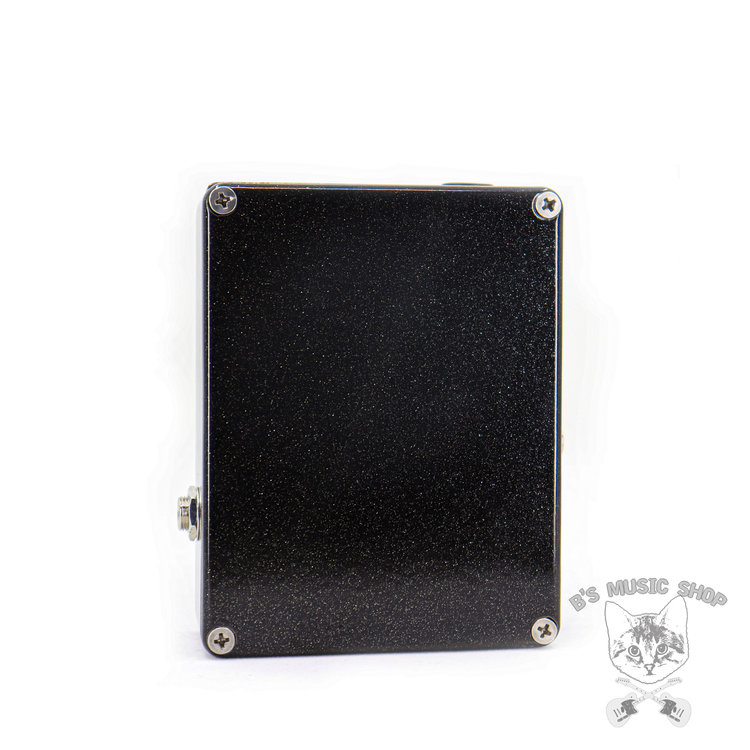 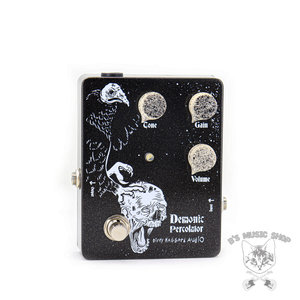 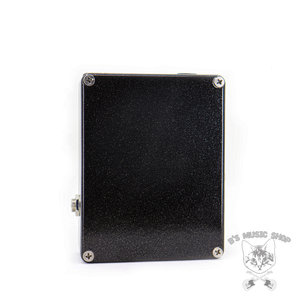 As with all DHA pedals, a low noise-floor was crucial to the design of the Demonic Percolator. To fix the relatively large amount of noise in the original circuit, 2 separate noise gates are included. The first & more aggressive of the two is user adjustable via a trim pot located on the circuit board inside the pedal. This gate also adjusts the amount of gain the pedal has. Turn it one direction to heavily clamp the sound, turn it the other way to release the noisy demons from hell into your amplifier.... Or set it somewhere in the middle for balanced low-noise operation.

The second gate comes after the main gain stage and is hard-wired. It acts more to reduce extra noise than to completely cut it out.

To reduce the effects of power-supply hum and radio interference, an aggressive filter has been placed at both the power and signal inputs of the pedal.

No one needs their guitar signal corrupted with radio pickup or power buzzing/humming.

The original Percolator had two simple controls: Input gain (labeled 'harmonics') and output volume (labeled 'balance'). What was missing was a way to adjust the tone to personal taste, or to correct an overly bright or dull amplifier. Thusly, a tone circuit was added. The tone circuit chosen is a very familiar one to lovers of fuzz. Perhaps 'Green Russian' rings a bell? This one however, is much more nuanced and finely tuned than the original. The entire range of the Demonic Percolator's tone knob is roughly the center 30% of that belonging to the green Russian.

In addition to the original Percolator circuit and the above-mentioned tone and gate circuitry, the Demonic Percolator includes an input boost circuit to heavily drive the main gain stage, and an output boost so the output volume is above unity gain.

Since the tone circuit has its origins in a Russian made device, it seems only fitting that the PNP transistor in the circuit also be Russian. An NOS (new old stock) germanium from 1988, in fact. This transistor, along with a carefully chosen, high-gain silicon transistor, form the main/classic Percolator topology. In addition, and in keeping with the hybrid silicon/germanium aspect of the transistors, the clipping diodes are also a combination of silicon and germanium (all of which in the DO-35 form factor)