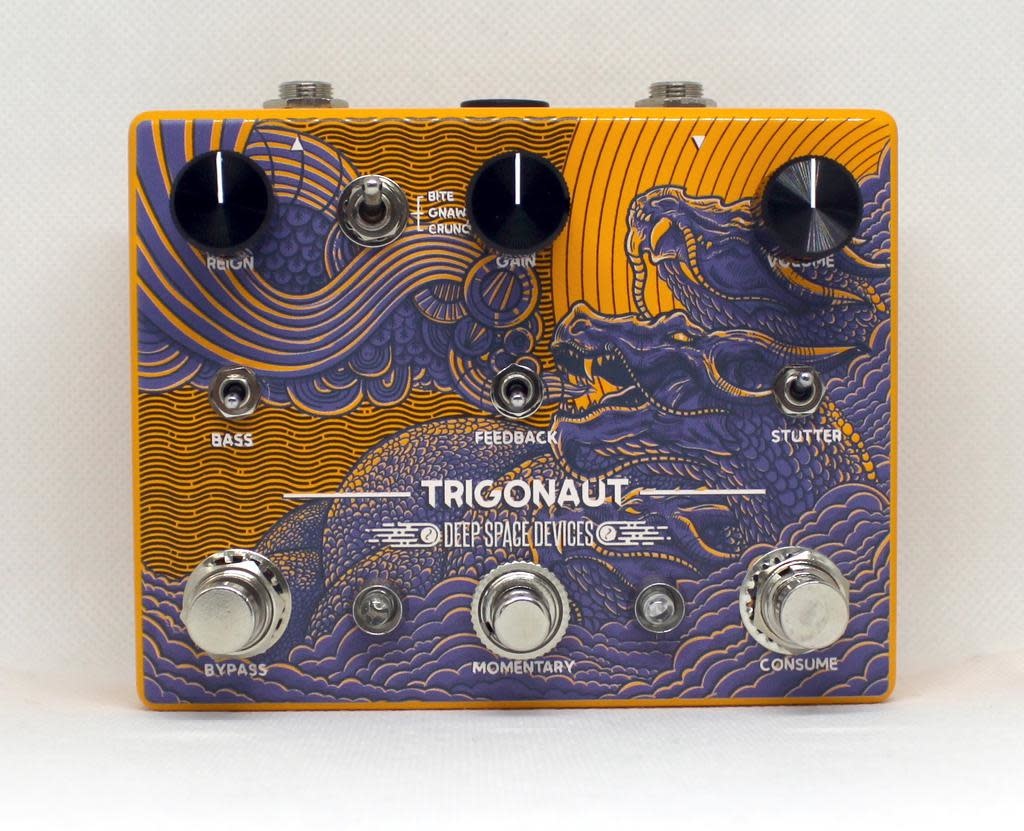 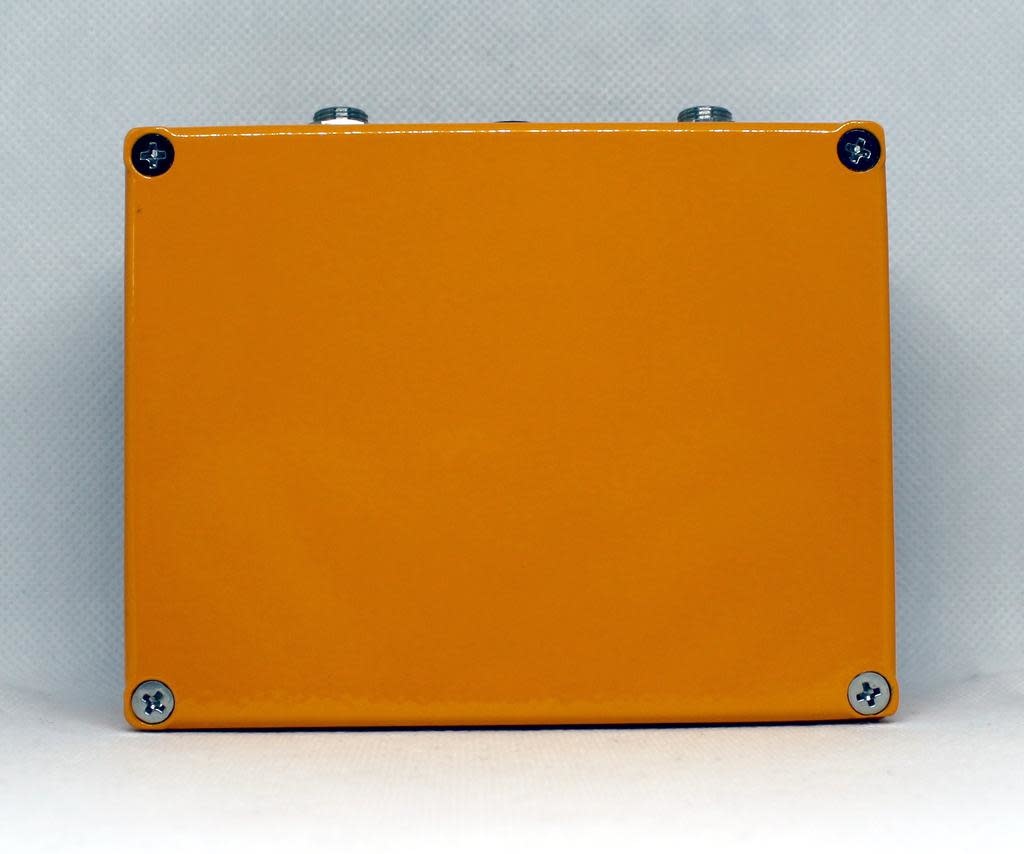 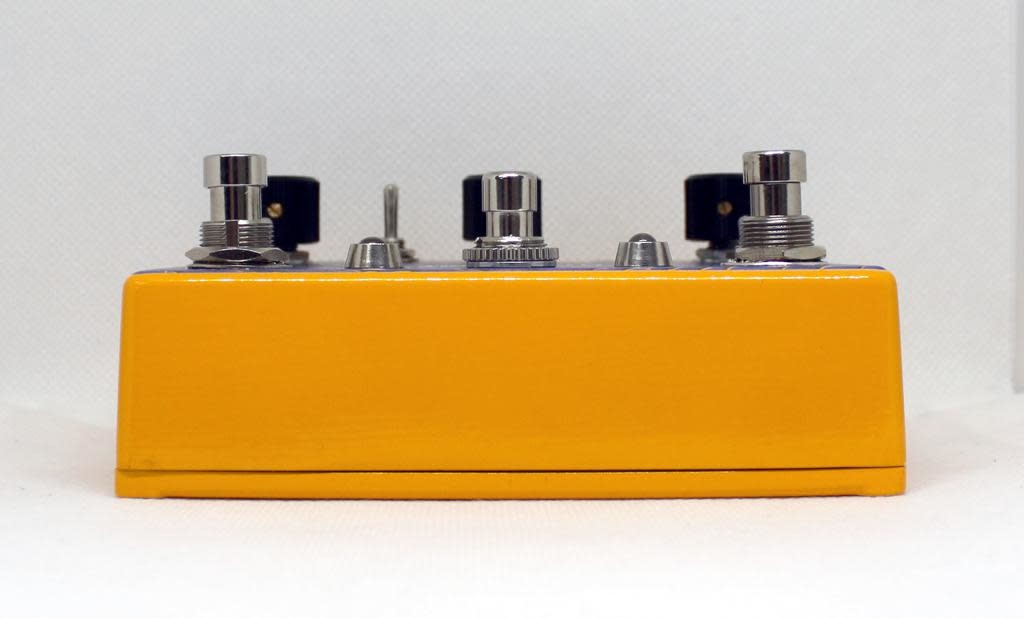 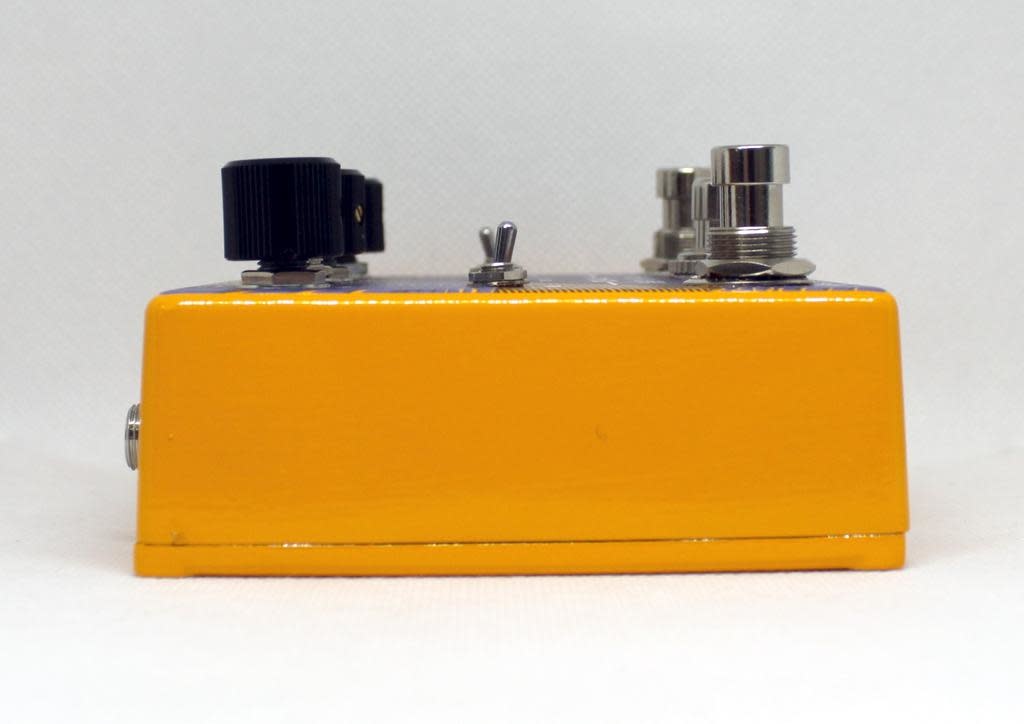 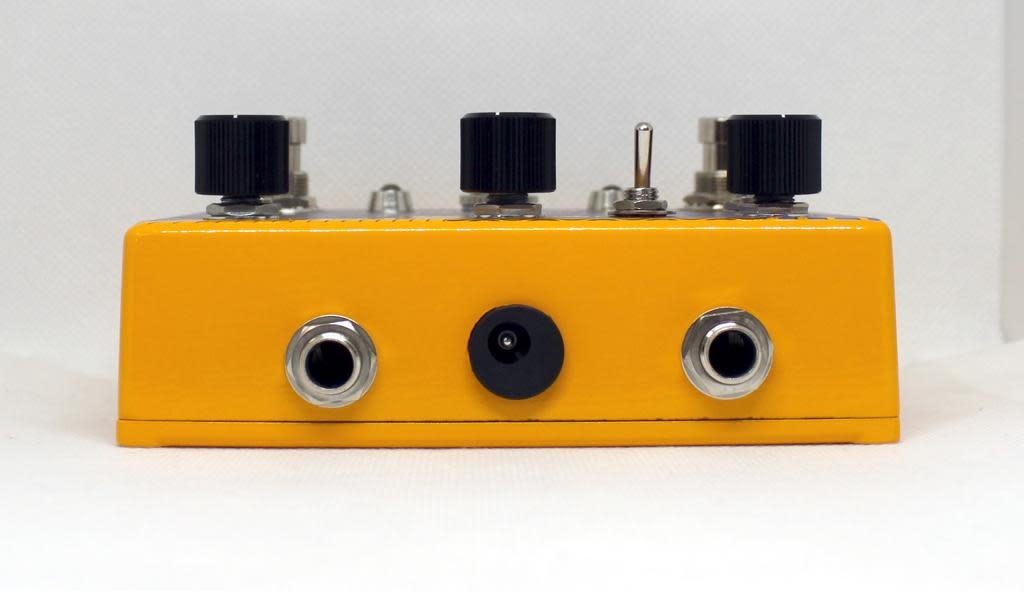 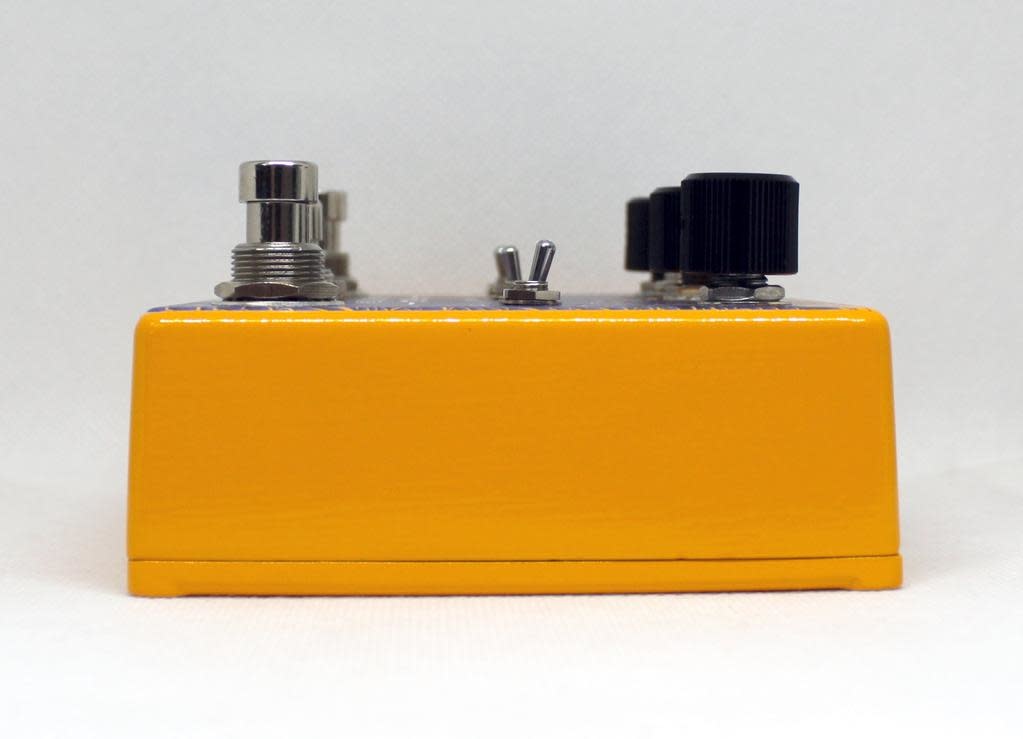 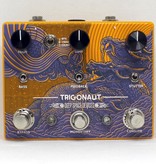 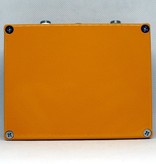 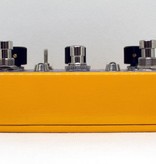 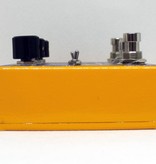 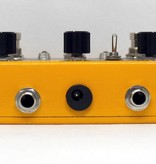 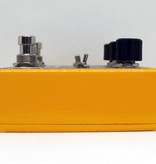 The Trigonaut is an incredibly versatile pedal. If you're looking for fuzzy, overdriven tones with a touch of glitch and stutter, look no further. The Trigonaut can be used as a standard overdrive pedal, but it rears its head when you engage the Consume button. The Consume turns on the octave glitch/stutter function. You can add layers of chaos with this setting. From a subtle background growl, to a complete sonic shutdown. In the middle of the two main switches is a momentary switch, which allows you to bring the glitch/stutter effect on, momentarily, at full level. You can create all sorts of strange breakdowns and atmospheres with this pedal.

Turns the effect on and off. Orange LED indicates whether Bypass is on or off.

Allows the octave glitch/stutter to become present in your mix. Purple LED indicates whether Consume is on or off.

When held down, the glitch/stutter effect becomes present but at max level.

Controls the output of drive/effect.

Controls presence of your clean gain tone and acts as a limiter of the output of effect.

Boosts bass presence when toggle is in the up position.

In the down position, gives a leveled drive output. In the up position, it gives a higher frequency output.

In the down position, the effect will be set to stutter. The stutter effect rapidly switches your signal on/off and slows down the longer the note is held. In the up position, the effect will be set to glitch. With the effect, the octaves go into a sporadic array. The octaves will play downward to lower octaves starting from the initial position. The stutter/glitch effect reacts with each toggle position of Bite/Gnaw/Crunch.