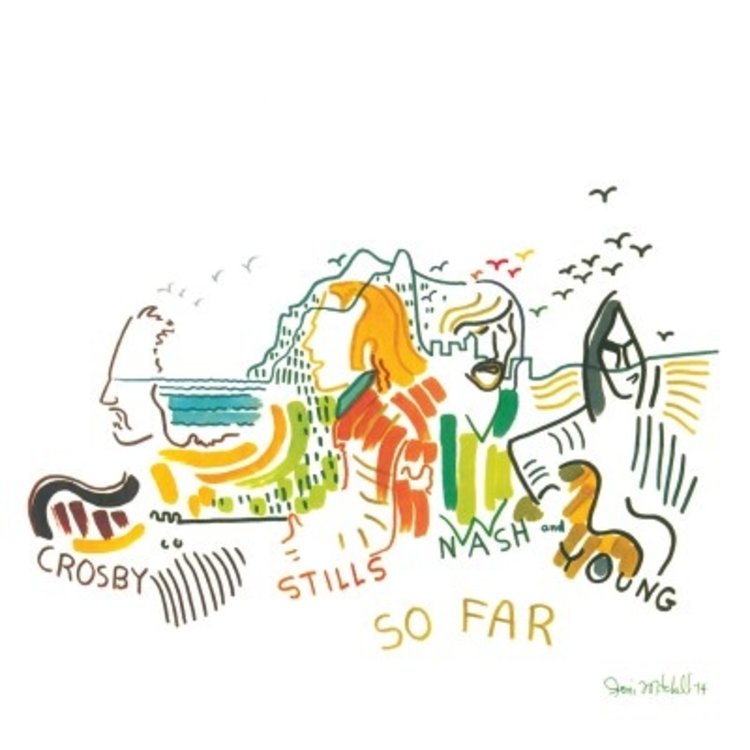 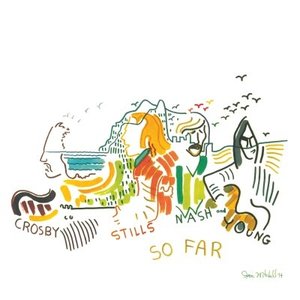 Reissue of Crosby, Stills, Nash & Young's first compilation album, So Far, originally released in 1974. Available here on white colored vinyl.
Rhino Records is reissuing Crosby, Stills, Nash, & Young's So Far on white vinyl as part of their 2019 'Start Your Ear Off Right' series. This multi-platinum compilation includes five of the band's six singles to date.
Fun fact: The cover art was painted by the group's friend and colleague, Joni Mitchell!