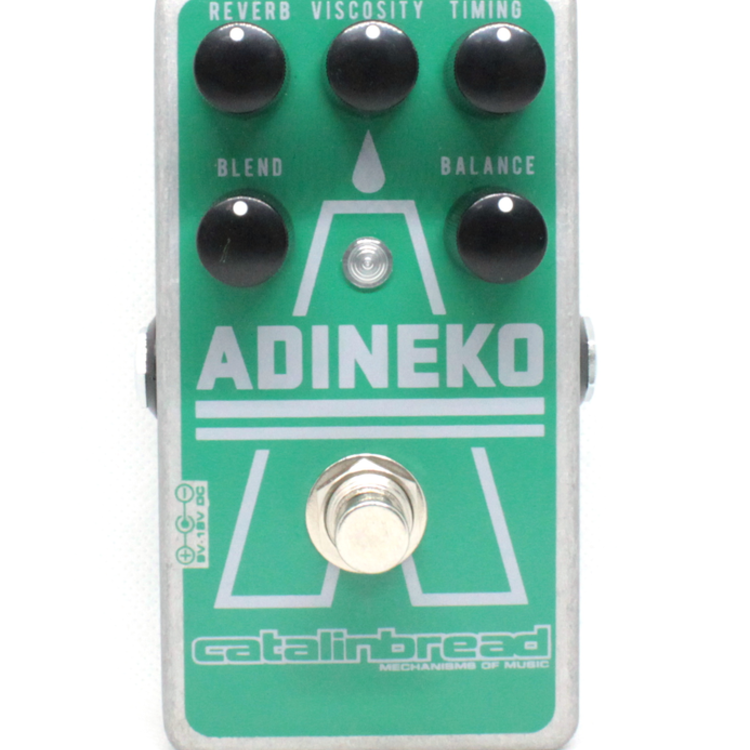 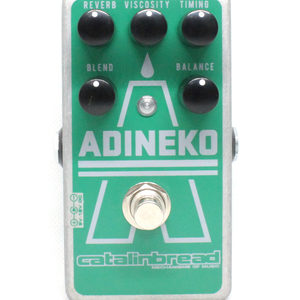 "Oil can delay units were manufactured by a company named Tel-Ray who later became better known as Morley. Tel-Ray mostly focused on being the OEM utilizing their oil can technology (), branding units for Gibson (GA-RE4), Fender (Dimension IV), Acoustic, etc. They employed an electro-static storage method where the signal is “recorded” to a spinning disk, a layer of oil (for years rumored to be a mysterious carcinogenic oil) prevented this signal from leaking into the air before a “pickup” moments later played back the signal recorded to the disk. Compared to the counterparts of the day (tape, drum, wire delay machines), their sound was more low fidelity, murky, often with a more consistent musical vibrato that correlated to the spinning disk speed. We like to describe the sound as mysterious. The Catalinbread ADINEKO pedal is an echo, reverb, vibrato pedal that faithfully models the sonic experience of these oil can units."