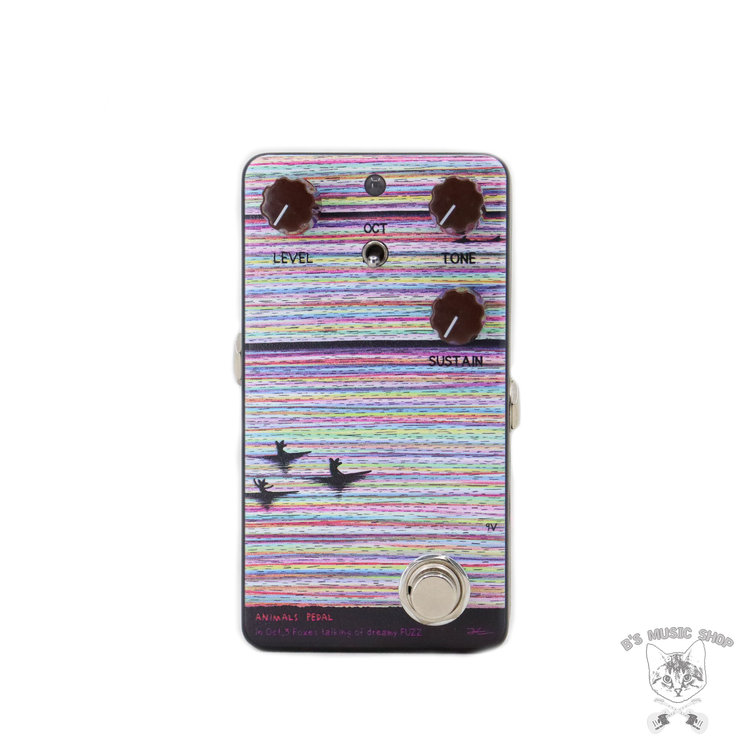 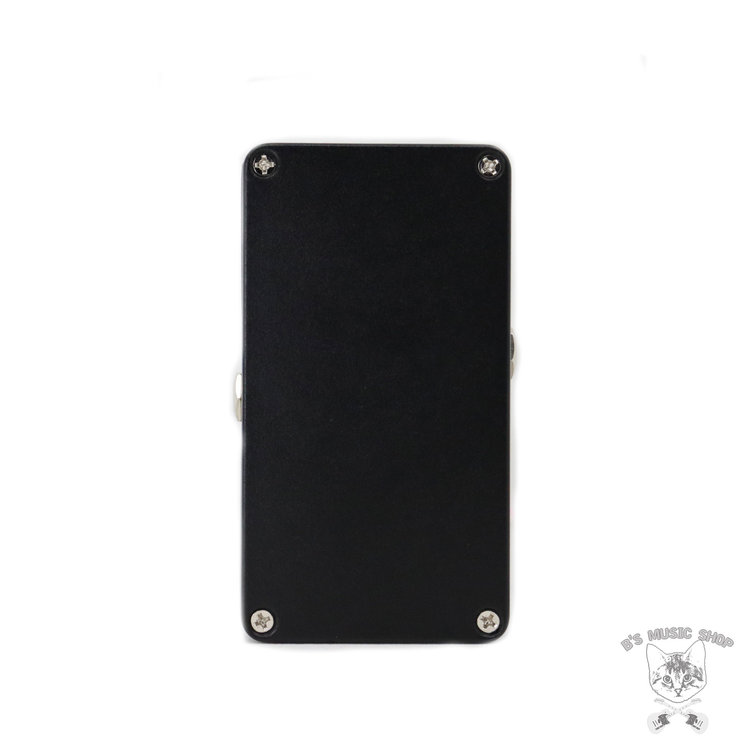 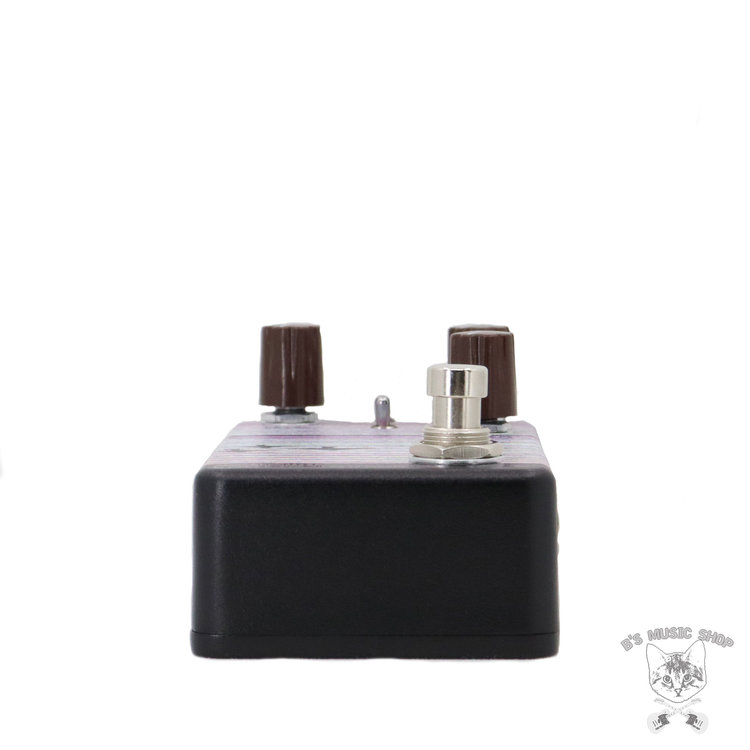 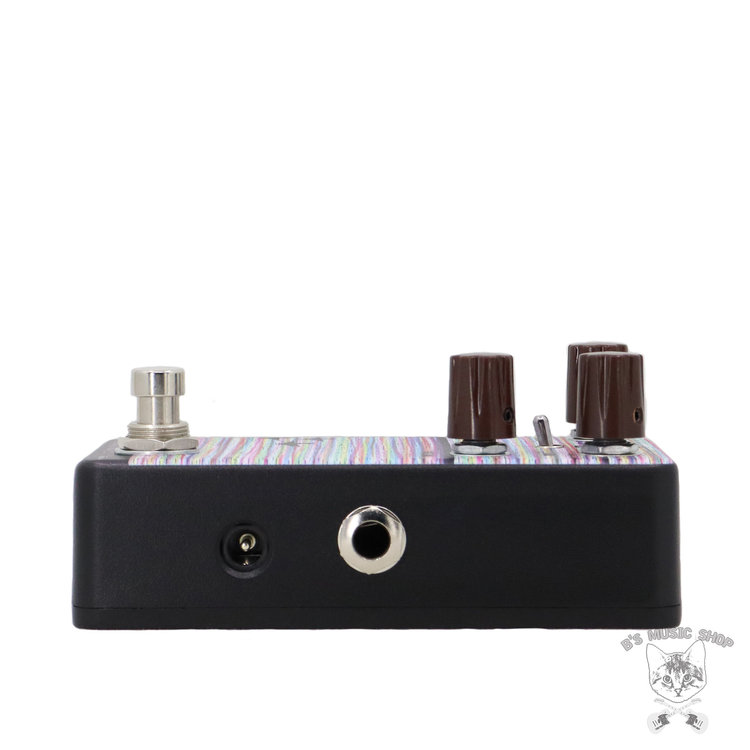 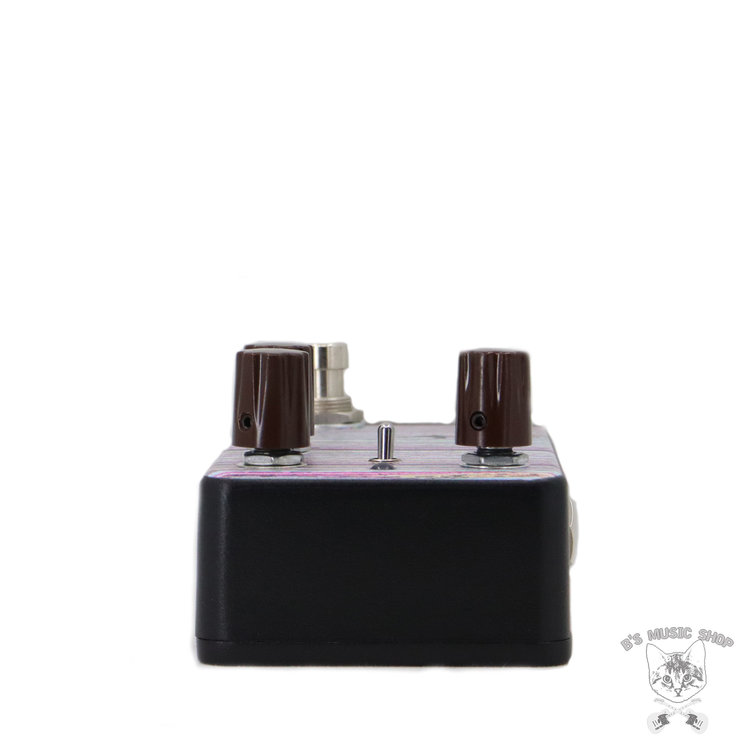 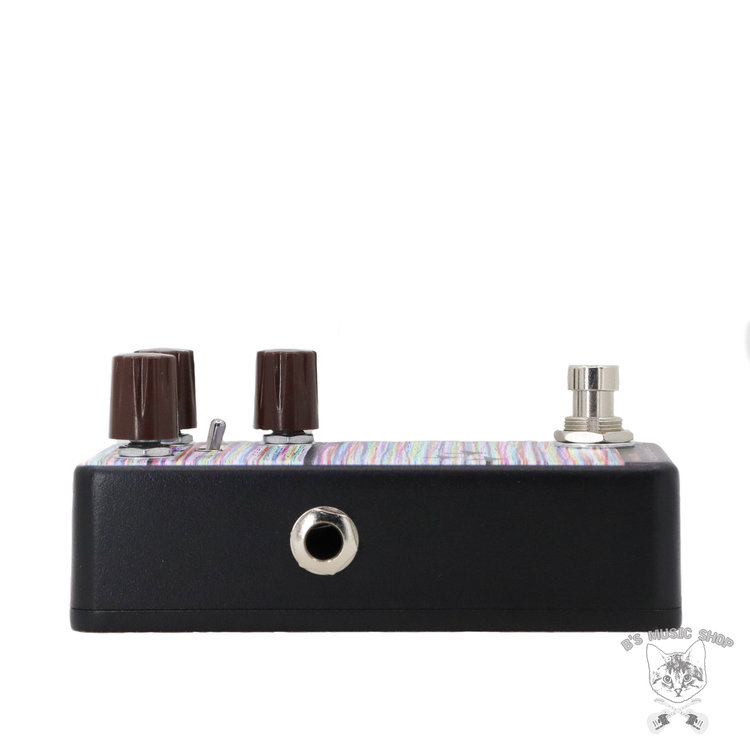 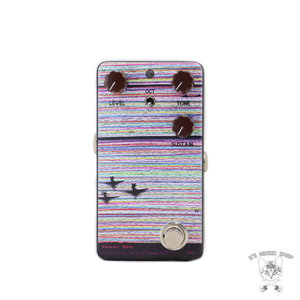 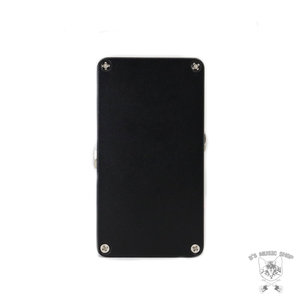 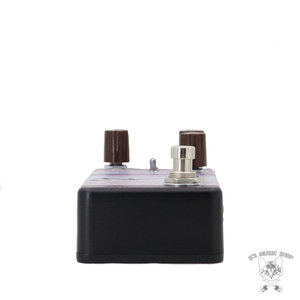 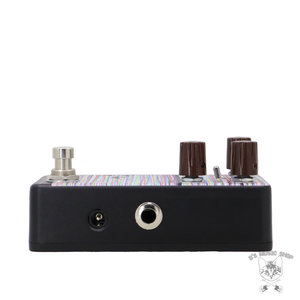 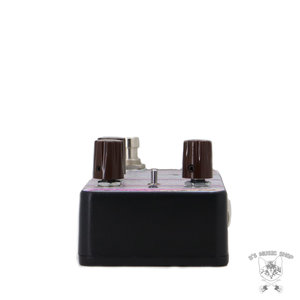 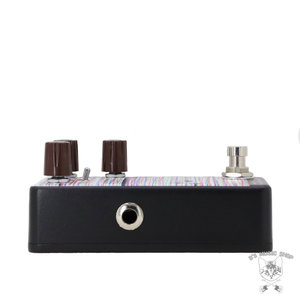 A lead like a scream, a roaring sound mixed with sounds. Octave fuzz, combined with its glory and difficulty in handling, gives off a solitary presence among the many fuzz pedals.

The upper octave fuzz received a lot of attention in the late 1960s. Octave fuzz at that time, which was still under development, became popular due to the existence of legendary guitarists, but octave fuzz itself evolved more in the 1970s.

An octave fuzz wearing velvet that represents the 70's. In Oct, 3 Foxes talking of dreamy FUZZ was born from that pedal that keeps the intense and clear sound.

If you reproduce the octave fuzz of the 60's and 70's as it is, the sound that is too strong is reminiscent of the times. The difficulty of operating the pedal itself will also increase.

Animals Pedal hasn't changed the basic sound of the 70's octave fuzz tones, but has refined it a bit and made it easier to use.

You can make a scream unique to octave fuzz, and at the same time it is easy to handle as a standard fuzz, but the sound is authentic.

Not only is it intoxicated by the psychedelic tones of the past, but it also gives you the flexibility to freely incorporate it into contemporary music to create new sounds.

It is also possible to switch the octave up ON / OFF with the mini switch in the center. If you turn off the octave, you can also create a tone peculiar to the silicon fuzz of the 70's.

When you turn on the octave, the pedals will overflow with madness. In particular, if you select the front pickup and play the lead tone near 12F with the tone squeezed, a scream with a strong octave up will be output.

It is an octave fuzz that has a sense of stability in the tone itself and has the texture unique to classic fuzz, so you can step on it with confidence even on stage.


● Control
LEVEL: Adjusts the overall volume.
SUSTAIN: Adjusts the strength of distortion.
TONE: Adjusts the tone mainly in the high range.
OCT: Switches the octave up ON / OFF.


The In Oct,3 Foxes talking of dreamy FUZZ features a true bypass footswitch and is powered by a 9V battery or a standard center minus DC9V adapter.

* When using the battery, unplug it from the input jack to reduce battery consumption when storing the effector. Also, if you do not use the product for a long time, remove the battery and store it.